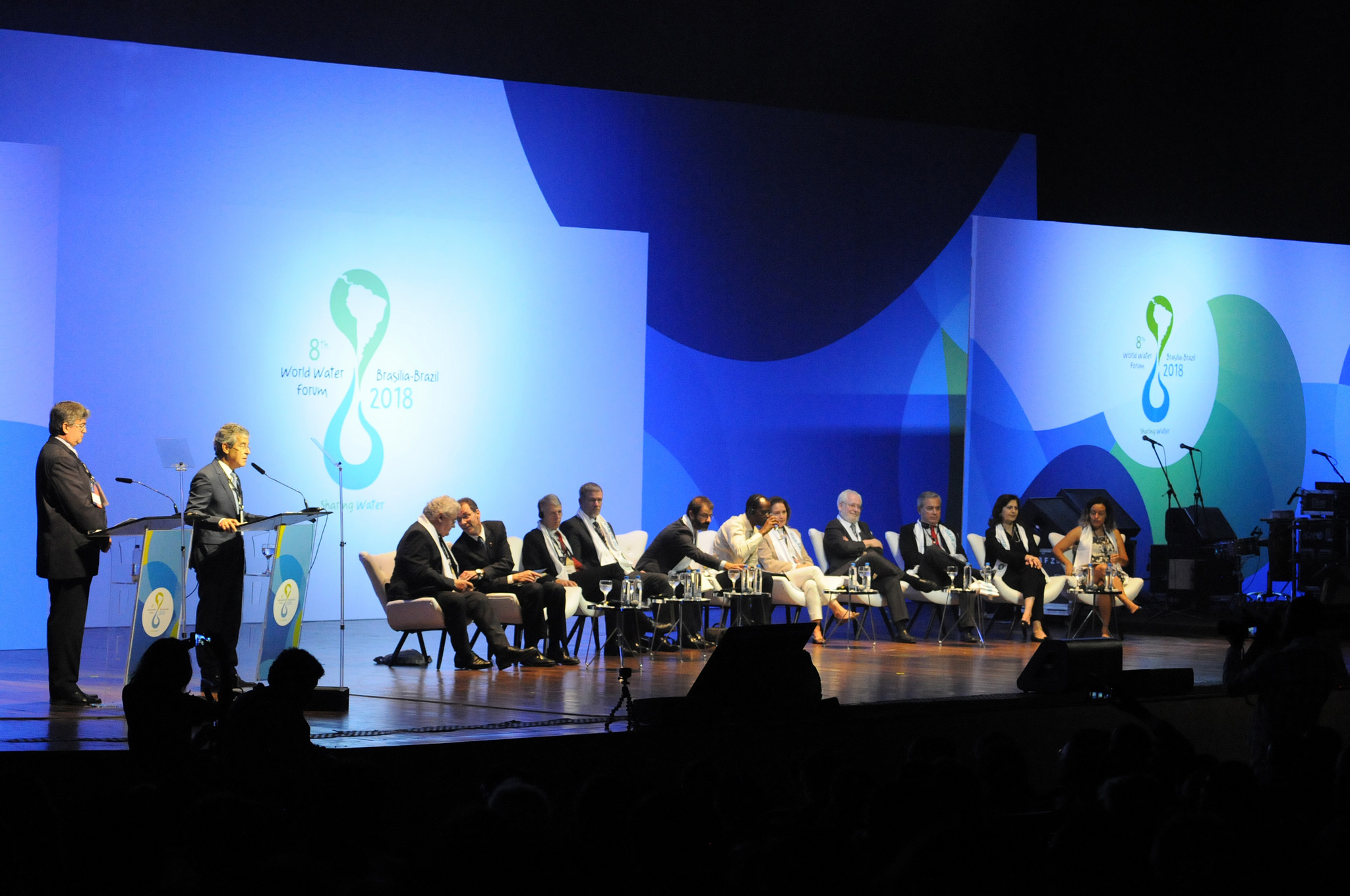 The Australian Water Partnership (AWP) with the Department of Foreign Affairs and Trade (DFAT) attended the 8th World Water Forum (WWF) in Brasilia on 18-23 March, which this year centered on the theme of ‘Sharing Water’.

WWF is organised by the World Water Council and takes place every three years. It is seen as one of the world’s foremost water events, providing excellent opportunities for international engagement to advance sustainable water management and to raise public awareness about the importance of water through its exhibition and open fair, which attracts around 8,000 participants and 35,000 visitors from around the world. 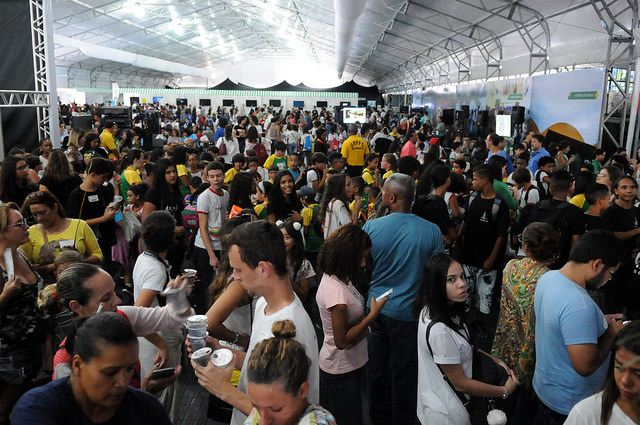 Through technical sessions, side events, and an Australian booth, DFAT and AWP Partners were able to raise awareness about Australia’s water expertise and the role of AWP, and network with leading figures from the international water sector.

AWP led a session under ‘ecosystems’ – one of nine thematic streams – discussing the major factors that are vital to successful efforts of providing water for nature while also satisfying human demands. The session was coordinated by Prof Stuart Bunn of the Australian Rivers Institute (ARI) at Griffith University and moderated by Will Fargher of Aither, with support on the day by Dr Anik Bhaduri of the Sustainable Water Future Programme (WaterFuture). 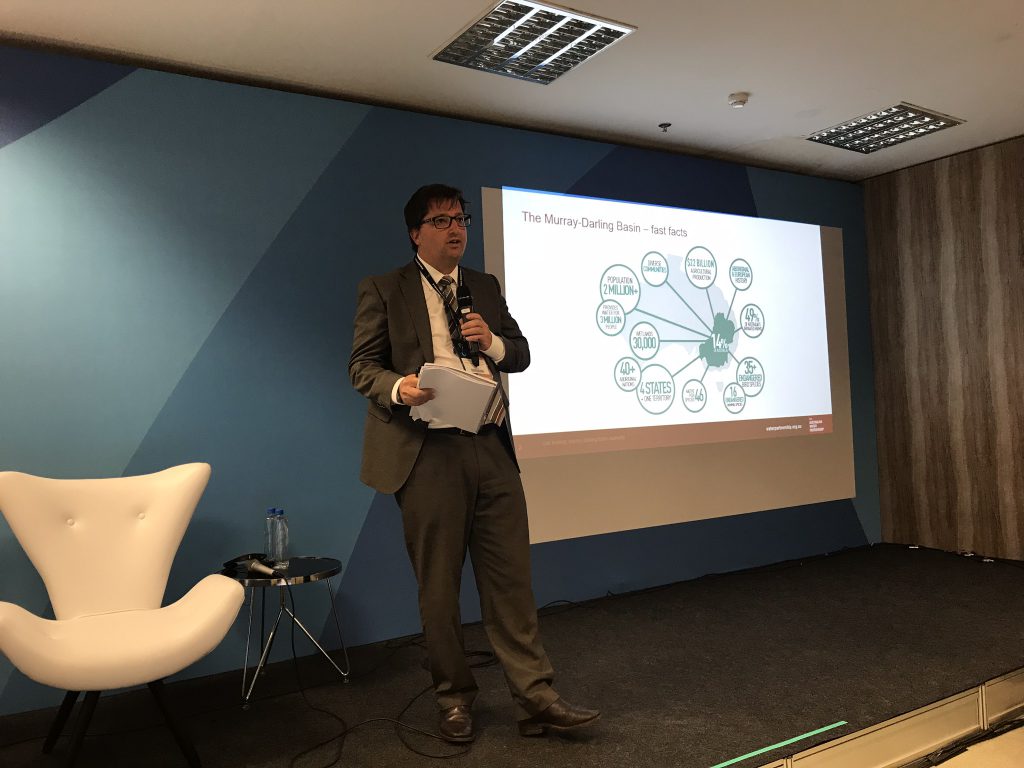 Carl Binning of the Murray–Darling Basin Authority (MDBA) gave a presentation highlighting the political factors contributing to successful environmental flows program in the Murray–Darling Basin. Eugenio Barrios of World Wildlife Fund (WWF) Mexico provided a different perspective, discussing the development of a national system of water reserves for allocating environmental flows covering 189 rivers in Mexico. Additionally, Anne Belbéoc’h of the Seine Normandy Water Agency (France) and Qiuling Yao of the Haihe Water Conservancy Commission (China) highlighted the benefits of international collaboration, describing their cooperative approach for the ecological wetland restoration and protection of the Yuqiao reservoir in the Zou River Basin, China. A panel session further explored the topic, with Marion Mestre from the Office International de l’eau (France) joining the other panellists.

During the Forum, AWP also provided extensive support to various events related to Australia’s participation on the High Level Panel on Water (HLPW), a major initiative co-convened by the United Nations and the World Bank. The HLPW officially concluded just prior to the Forum, with an outcome package presented to the United Nations Secretary-General in New York on 14 March. A special session at WWF provided opportunities for stakeholders—which included Tony Slatyer (Special Adviser on Water to DFAT) and John Dore (DFAT Senior Regional Water Resources Specialist)—to discuss the Outcome Report and the proposed recommendations, which have been packaged into a publication titled “Making Every Drop Count: An Agenda for Water Action”. 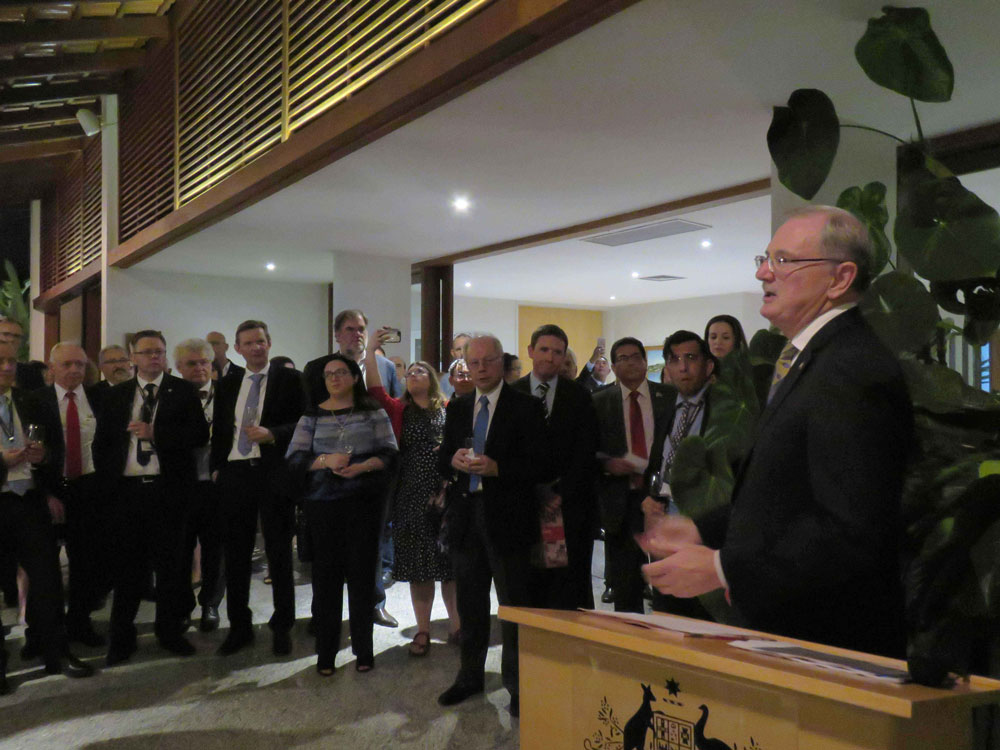 AWP also launched two publications at an evening reception hosted by the Australian Ambassador to Brazil, Mr John Richardson. The reports, produced as inputs to the HLPW, were officially announced by Will Fargher of Aither, with the reception attended by representatives of both the Australian and Brazil Government, Sherpas of the HLPW, and a large number of Australians and other high profile members of the international water community.

The first publication is the latest edition of WaterGuide—a framework for improved water management in response to water scarcity. This edition of WaterGuide improves on the six-step framework outlined in the first edition (released in March 2017) and demonstrates how it has been successfully applied to improve water management in Jordan, Mexico, Senegal and Iran—where the paper has since been used as the foundation for water policy dialogue. 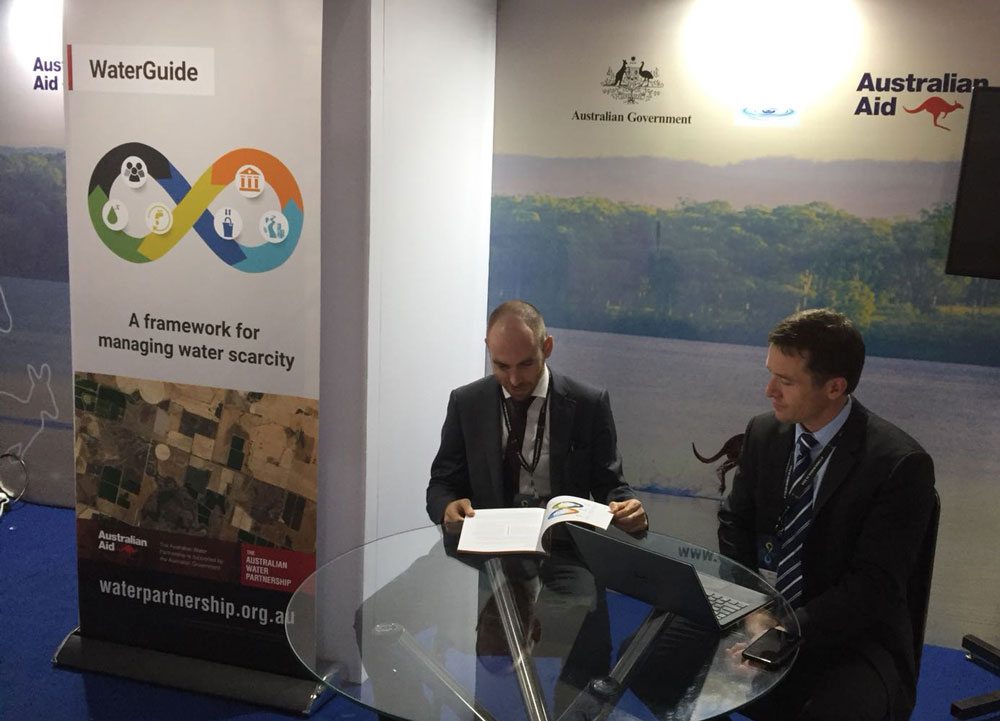 The second publication, A Guide to Managing Water for the Environment, offers practical advice for countries seeking to improve management of environmental water by 2030 when the Sustainable Development Goals must be met. The Guide acknowledges that as pressure on existing resources and the natural environment increases, water allocation and water use decisions must acknowledge the fundamental importance of water for the environment as the basis for system health. The Guide uses lessons from Australia and other countries to highlight important elements for consideration when establishing or reforming relevant policies in any jurisdiction.

Both publications were available on USBs at the Australia booth—visited by well over 600 people—which included materials from AWP Partners that attended such as Aither, ARI, Bureau of Meteorology, International WaterCentre, MDBA, and WaterFuture, plus other related Australian resources. Many of those who spoke with Partners expressed a keen interest in learning more about the water expertise Australia has to offer, especially in the areas of water scarcity, water markets, water sensitive design, desalination and post-graduate education. 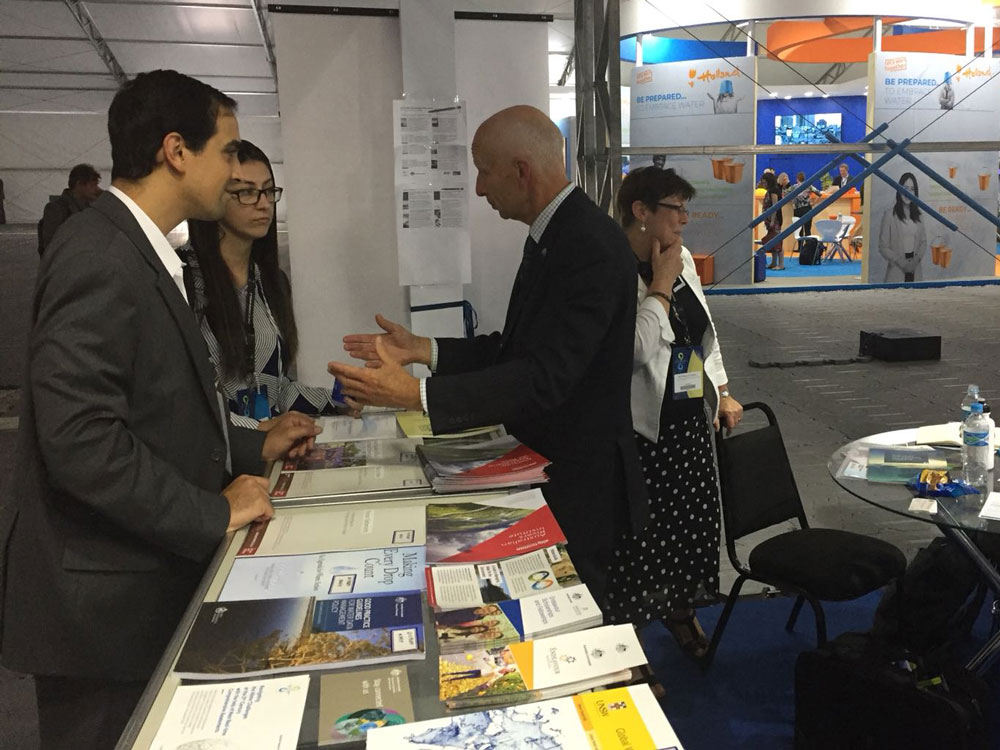 The World Water Forum plays an important role in connecting people across different sectors and parts of the world and ensuring there is a clear, shared vision for the future of water. Many participants commented that Australia’s contribution at the Forum was substantive and well-received, and noted the important roles that it plays in the global water sector.

The next World Water Forum will return to the African continent, where it originated, taking place in Senegal in 2021. The next theme of water security will ensure Australia again plays a key role, particularly in sharing its unique experiences and expertise in managing water scarcity and climatic extremes. 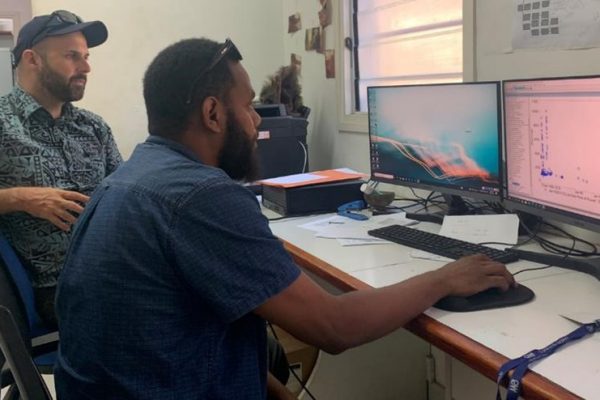