Posted on 31 May 2017 Categories: Capacity Development, Gender Equality and Social Inclusion, Myanmar No comments yet 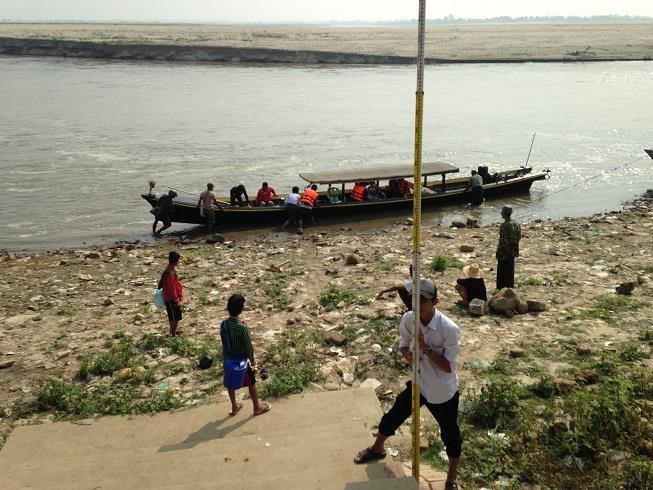 Another AWP project being conducted in Myanmar has been completed. ALS Hydrographics, Alluvium and Hydronumerics recently concluded a project on Hydrological data audit and capacity building in data management.

A database of more than 1,000 quality assured hydrological time series datasets for the Ayeyarwady Basin was compiled and installed within the Hydro-Informatics Centre (HIC). Datasets required for building a Source model of the Ayeyarwady Basin were collected, quality assured and passed to the team responsible for the development of a basin model. There has been strong interest in the datasets collated by the team, both from the Government of Myanmar and by other international organisations working in the basin. 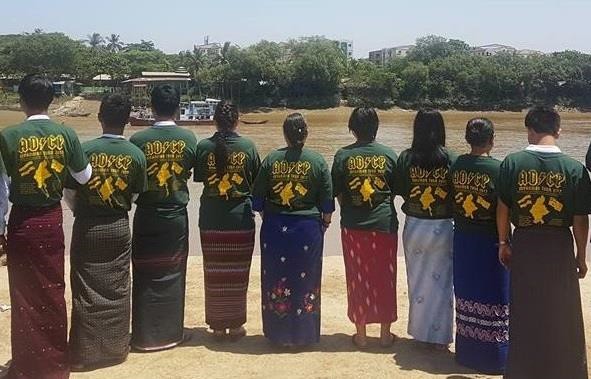 International personnel participating in the Activity wearing the “Team T-shirt”. 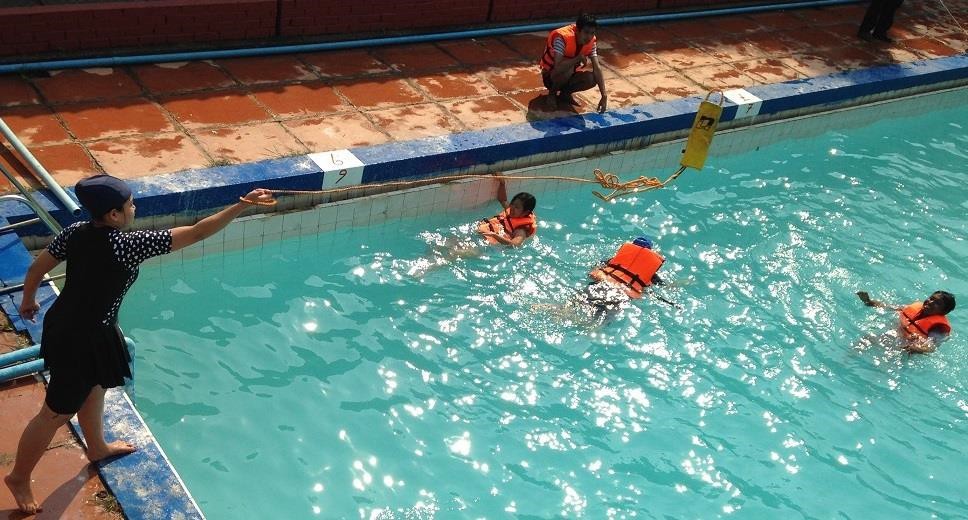 ADCP gauging and cross-section surveys were conducted at five pilot sites and used to conduct rating curve reviews – the result of four out of five of the sites shown to have erroneous rating curves led to the recommendation that a broad program of rating curve review and revision is required to ensure that accurate and consistent discharge datasets are available for the Ayeyarwady Basin. The HIC and Department of Meteorology and Hydrology have indicated that they plan to broaden their rating review work and expressed interest in further training on this topic.

The capacity of Government of Myanmar staff to manage water was improved in a range of areas:

The Hydro-Informatics Centre has a strong focus on gender inclusion and has a significant representation of women on its staff. For example, more than 50% of the HIC staff involved in the Activity’s training program were female. Continued support of the HIC will, therefore, increase the representation of women involved in water management in Myanmar, leading to long-term positive outcomes for women.

Gender diversity was maintained across all capacity building activities.