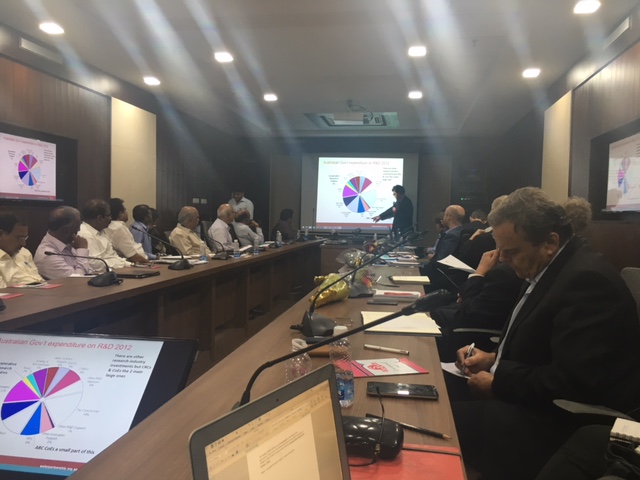 Discussions centred around (i) the establishment of a new Government Water University/Centre of Excellence, and (ii) development of several new ‘Smart Cities’ in the state. Our hosts provided details about their current plans and the Australian’s outlined their experiences and capabilities in relation to these. The exercise of presenting such broad and ambitious plans to ‘outsiders’ is always useful. The advice of the Australians based on our experiences in universities, research-industry partnerships, co-development of programs and in direct service delivery was well received by our Andhra Pradesh hosts, and they are revising their plans accordingly.