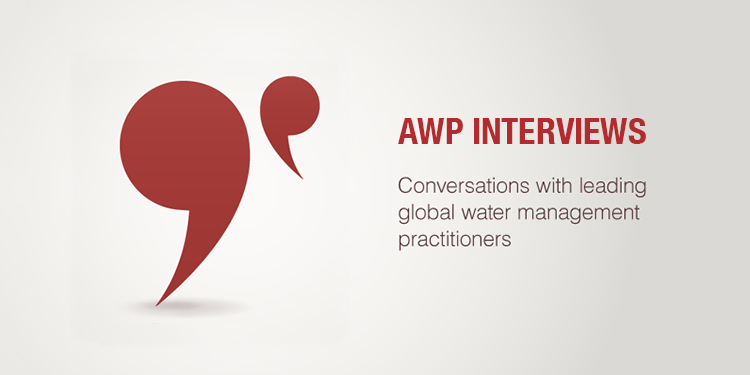 An interview with Dr Thang Nam Do, visiting fellow at the Crawford School of Public Policy at the Australian National University with 20 years experience working with the Vietnamese Ministry of Natural Resources and Environment. He speaks about the current key water challenges in Vietnam and what’s being done to resolve them.

In his time with the  Ministry, he has served as:

Dr Thang Nam Do has led research projects on river basin management, environmental economics, the revision of the Law on Environmental Protection (2014), climate change mitigation policy assessment, pollution and the economic valuations of national parks. He has also had a role in policy development roles with respect to river basin management and sustainable cities.

Dr Thang, tell us a bit about yourself, and the current important water challenges in Vietnam.

It’s my great pleasure to share some of my understanding and knowledge about water issues in Vietnam. I’m currently a Visiting Fellow at the Crawford School of Public Policy at the Australian National University in Canberra Australia. I have worked for more than 20 years for the Ministry of Natural Resources and Environment in Vietnam, focusing on different environmental issues, including water and environment. Right now [at ANU] we’re doing some research on water issues in Vietnam and solutions to those issues.

Vietnam is facing many water challenges. First: water quantity, water scarcity. Although Vietnam receives around 2000 mm of rainfall on average per year, the water availability is highly seasonal and unevenly distributed across the country. Water scarcity has become very severe in many parts of the country.

For example, in the Mekong Delta and central highlands in 2016 there was a severe drought. It caused losses of US$700 million, and affected more than two million people just in that year. Another reason for water scarcity is Vietnam’s growing population – over 90 million people now – with associated rapid industrialisation and urbanisation. The groundwaters are being exploited, and we are facing issues with competing water users in agriculture, industry, households and the environment. They are all competing for the same water sources.

The question is: How much water should be allocated for what purposes? That is a very hard decision to make.

There are also water quality issues, and they also are being caused by urbanisation and industrialisation. Vietnam is facing serious water pollution now.

Let me give you an example. Only about 10% of domestic wastewater, and about 25% of industrial wastewater, is treated before being discharged into the rivers. Polluted wastewaters have caused big costs in the rivers and lakes surrounding the big cities and industrial zones. And they have damaged the health and livelihoods of millions of people who depend on the water.

One study estimates that a sea-level rise of 1 m by the end of this century could displace about 11% of Vietnam’s population, mainly in the Red River delta in the north and in the Mekong River delta in the south, and among people living along the coast. Vietnam’s coastline is more than 3000 km long, and lots of people in that coastal area will be affected by a rise in sea-levels through climate change.

On top of that climate change impact, recently Vietnam has suffered from severe typhoons and storm surges as well as other extreme weather events such as drought and flash floods. The cost last year is estimated at around US$1.7 billion.

These are enormous costs and impacts, and they are having serious effects in the Mekong River delta – a very important region for Vietnam. The Mekong River delta produces more than 50% of our rice, and Vietnam is a big rice exporter – the second or third biggest in the world.

In short, water scarcity and water pollution, exacerbated by climate change, are posing great risks to Vietnam’s economic development and the livelihoods of millions of people in Vietnam.

What has the Vietnam Government done to help resolve these water issues?

Yes, the Government of Vietnam has been aware of the issues and is trying to address them. The Law on Water Resources was promulgated in 2012. The Law on Environmental Protection was issued in 2014, addressing water resources management, governance, water environmental regulations and enforcement. Those laws provide a legal basis to address the water scarcity and pollution. The government also issued a National Action Plan on Climate Change, and that strategy also addresses and details water issues. Many measures have been taken to address the water issues.

Do you think Vietnam could learn anything from Australia?

Yes, Australia is well known internationally for the ways it has been dealing with water issues – and particularly water scarcity. I think Vietnam can learn a lot from Australia’s experience, especially in relation to three key issues.

How are ‘gender equality’ and ‘social inclusion’ seen in Vietnam, especially in relation to water issues?

It is interesting: gender is mentioned in many matters, including water issues, in Vietnam. Women have a very important role in daily household decision-making, especially on water. We have run some projects assisting women — wives and mothers — to raise awareness of water use within their local communities, and campaigns to make people more aware of how to protect water resources: not to contaminate the water resource; not to waste water; and so on. The role of women in this is highly regarded and very important, both at household level and in whole communities.

I’m hopeful and positive that if we pay more attention to the gender issue, and social inclusion, and involve women more in water governance, then we can have better results.

Do you have any tips, such as about local culture, for water practitioners interested in going to work in Vietnam, or advice on specific areas young water professionals should focus on?

For someone who hasn’t been to Vietnam, there will be many things they need to know and would like to know when they go there to work. But the most important part is to get to know people, because without knowing the people, without having a network, it’s very difficult to work in Vietnam.

By ‘people’ I mean everyone: government officials, local state people, local community — everyone. Whether you decide to approach the government first or the local community first will depend on the purpose of your work. But either way it is very important to get to know them, to get them to be your friends, to build relationships.

And then you move on to the second part, which is getting to know the issues that are being worked on at the time. For example, the Government might be looking to frame policy and effect policy in terms of water governance. If you know what they are working on and are familiar with that issue yourself, then you can perhaps work with them and assist them — maybe propose a solution or help in other ways to find an answer. The local community may have a different issue. It might be lack of funding to build their own water treatment plant, or changing people’s behaviour in terms of saving water, or not polluting the rivers, and so on. Once you know what they really need, then I think that would be very helpful for them and for you.

So, the first thing is building connections, and then getting to know the issues they are facing, and then working with them.

Vietnam has quite a few external water consultants from other countries, not just Australia. They come to work with the local people because the demand to address water issues is increasing.

I think right now that the local start-ups in Vietnam have good knowledge — better than they were thought to have, by some people from outside. That is because of our quite rapid development and now our overseas trade. These people know what needs to be done: it is just a matter of how to apply that theory in practice. Vietnam is a developing country, so a lot of issues need to be addressed at the same time. Which one should be addressed first? If you come into Vietnam from outside and try to help, please accept that. It is not that the people in the water sector don’t understand, nor that they don’t have the knowledge. However, they could use external assistance and advice in applying their knowledge, and they might welcome some objective views on how to address the issues. If you have that kind of understanding, I think you could help them to work more efficiently. Twenty or thirty years ago they may not have known what to do, but now it’s more a matter of needing to know where to start and how to prioritise the issues … and how to apply theory in practice.

There are no specific areas that young water professionals should focus on more than others, because Vietnam has many, many issues. I think you, as a young professional, should focus on what interests you. If you are an engineer you may be most enthusiastic about technological and engineering solutions. If you are learning or want to apply economics, you could help with the issue of value-based water allocation that I mentioned earlier. If you are interested in public participation, you may like to help get civil society involved in water governance, or to try to convince different stakeholders — government, industry, agricultural industry and local community – to work together. There are many options.

Yes. I think that the Kini community is very interesting, very helpful. I’ve been watching the Kini news regularly, and I have found the information there is very interesting. We are being given different views from many water practitioners all over the world, sharing knowledge, sharing ideas. I would like to see the Kini network expand and get more people involved to share their ideas, and that would be great.