Posted on 8 November 2016 Categories: Capacity Development No comments yet 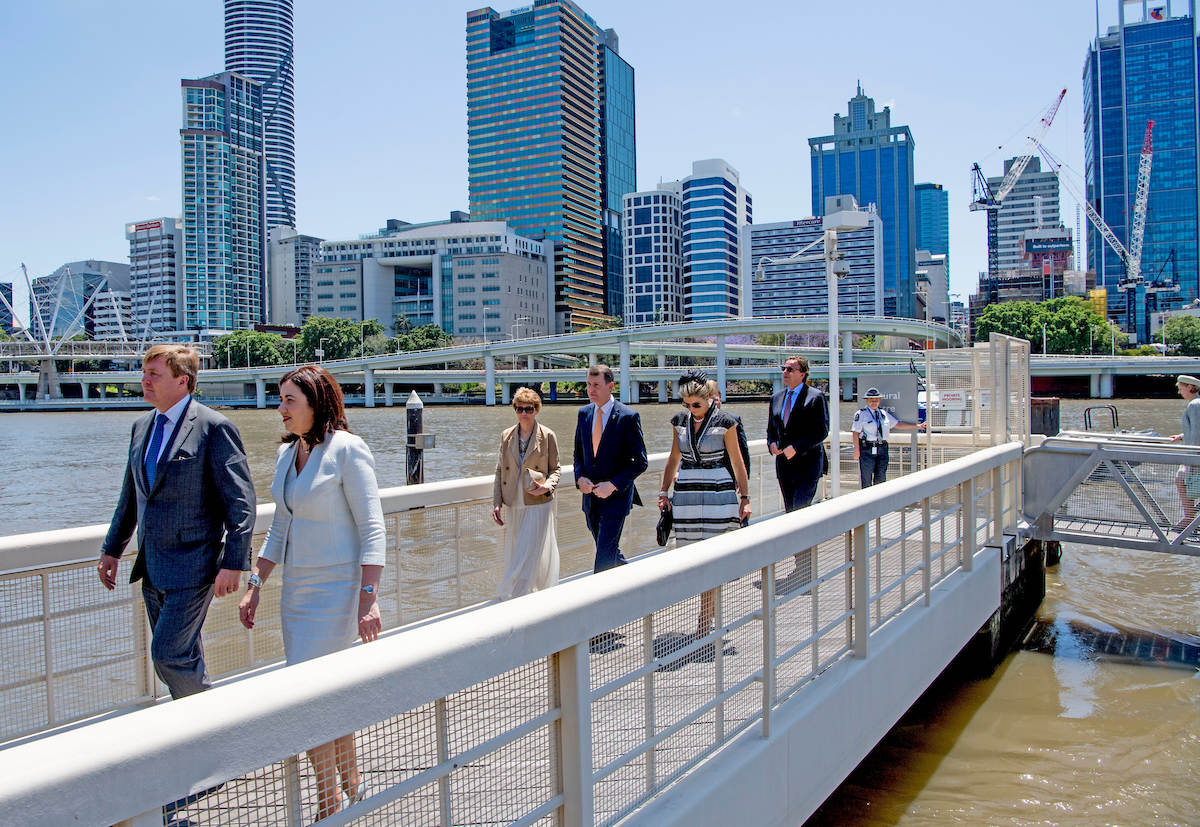 Brisbane, 4 November 2016: King Willem-Alexander and Queen Maxima of The Netherlands are told about the measures taken to combat flooding (Photo by Robin Utrecht).

King Willem­-Alexander and Queen Maxima of the Netherlands met with water sector leaders during their official State Visit to Australia on October 31 to November 4.

Coinciding with The Water Program, an integral part of the Dutch Trade Mission to Australia and New Zealand, the well­-known water management advocates met with Brisbane water leader and Mark Pascoe, CEO of the International Water Centre, to discuss water management challenges and the associated collaborations between the two countries.

Mr Pascoe said that Australia and the Netherlands had a long and special relationship when it came to water management, including partnerships in areas such as water treatment, flood management, maritime services, water research and urban design.

“His Majesty King Willem­-Alexander has been a strong advocate for water management and we were pleased to welcome the King and Queen of the Netherlands to Brisbane to showcase the developments of Dutch­-Australian water cooperation,” Mr Pascoe said. 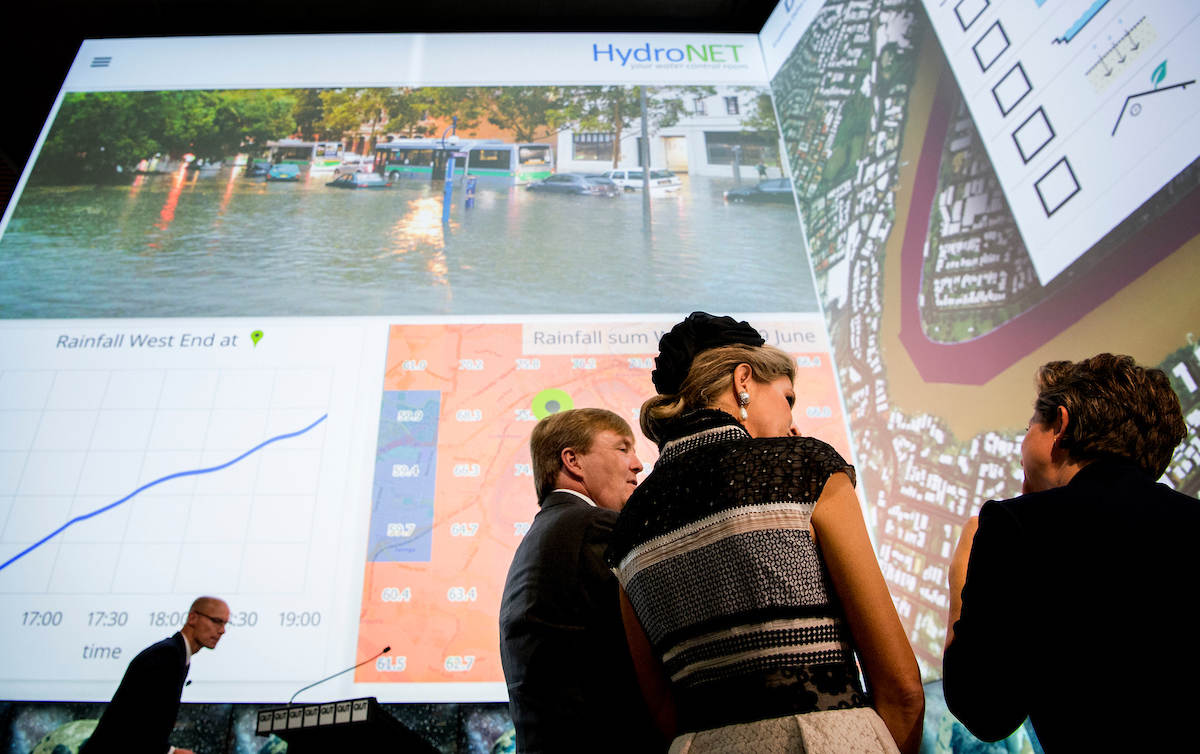 Brisbane, 4 November 2016: King Willem-Alexander and Queen Maxima of The Netherlands visit the Queensland University of Technology (QUT) to hear about the water management partnership between the Netherlands and Australia (Photo by Robin Utrecht).

The Dutch Royals attended the Brisbane­ leg of The Water Program for the launch of the Australia-­Netherlands Water Challenge 2017 and an interactive Flood Maps demonstration. The devastating Queensland floods of 2011 sparked a powerful collaboration to strengthen climate resilience between Queensland and the Netherlands. The Brisbane program reflected on the achievements made through this collaboration and the thriving knowledge exchange partnership that developed from it.

The Water Program ran from October 31 ­to November 4 with program tracks in Canberra, Melbourne, Sydney and Brisbane.