Groundwater is a strategic resource for building climate resilience, boosting agriculture and improving the health and livelihoods of rural communities. Since 2021 the Australian Water Partnership has been supporting the sustainable development of groundwater resources in Lao PDR including preparation of a groundwater management plan for the Sekong province.

Policy makers and planners in Lao PDR see groundwater as a strategic resource for building climate resilience, boosting agriculture and improving the health and livelihoods of rural communities.

Hydrologeological investigations have been undertaken to support development of the plan, and in this process the Australian partners have been supporting an approach to embed Gender and Ethnic Diversity into the Management Plan. 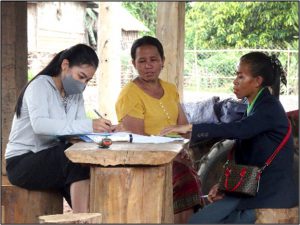 Sekong province is relatively remote in the southern part of the country and has many rural communities with a high diversity of ethnic minority groups.

Combining gender and diversity-sensitive approaches with technical work on groundwater requires iterative discussions and adapting a methodology that sheds light on gender and ethnic minority issues and can also be practically included in routine groundwater investigations.

This was done through developing a questionnaire which involved a process of exchanges and discussions with government staff. This series of exchanges led to re-organisation of the questionnaire to avoid potentially culturally sensitive questions, and simplifying of the questions to facilitate exchanges, ease of translation into local dialects and reduce the time taken from farming activities by the interviewees.

“We had to think carefully on how we designed the questionnaire, we wanted to get as much information as possible on how decisions on water supply are made within the household, but we wanted to also make sure that questions were culturally appropriate and not intrusive; as we aimed to discuss with people from various ethnic minorities and particularly women.” 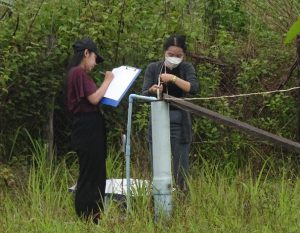 Once consensus was reached on the structure and content of the questionnaire, this was implemented in the field in collaboration with district-level government staff. Field work was carried out at the household level, in parallel with biophysical monitoring of the resources at well locations. Interviewees were selected on-site, with particular care to meet both men and women. Interviewees included the main ethno-linguistic group (Lao), as well as Alak, Laven, Talieng, Ta-Oy and Ngoc ethnic minorities.

Those interviewed appeared open to discussing the questions about their water sources, how they access it, possible issues and the role of women in decisions regarding household water supply; quickly dissipating initial concerns.

“At first, we had concerns about whether or not the local population would openly discuss their issues, but once we explained our aim, people discussed freely. In some cases, we depended on local district-level officers to help with translation of dialects.”

Two main lessons emerged from this activity. Firstly, engaging national, provincial and district-level groundwater managers in direct conversation with users, particularly women, highlighted the value and the issues relating to groundwater development in the region. It also gave a key perspective on the resource and its use and the results will help frame issues that require attention in future monitoring and development of the resource. 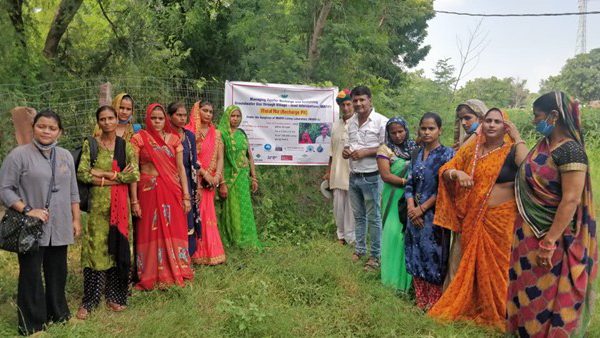