How to extract water from thin air

In an interview, Zenia Tata, from XPRIZE discussed the importance of funding innovation and the Water Abundance XPRIZE launched to support the development of technologies that harvest water from thin air. She suggested that:

“Perception is the big deal in the WASH sector. One of the big challenges when unpacking issues about atmospheric water extraction is that people don’t believe it can happen.” Zenia Tata, XPRIZE

Ninety-eight teams provided entries to the competition. To explore this idea of extracting water from the air, I have profiled some of my favourite existing technologies that may be used to serve water-scarce regions.

Atmospheric Water Generators (AWGs) are similar to household dehumidifiers. They condense air by drawing it over a cool surface to bring it to below dew point. AWGs go beyond this by being designed to filter the condensed water that might otherwise contain pollutants from the air. For example, Ambient Water incorporates mechanical filtration and carbon filters to treat water; while Drinkable Air uses ozonation combined with a carbon filter.

Air wells produce water by cooling ambient air as it enters a chamber at a lower temperature. This technology has been incorrectly attributed to the Byzantine Empire, where mysterious structures made from piles of stones were thought to be water generating devices. It was believed they condensed water, before transferring it through terracotta pipes to where it was needed. However, these stone piles were actually burial grounds and the pipes were unrelated. Nevertheless, it inspired an attempt by two early 20th century inventors, Friedrich Zibold and Achille Knapen, to replicate this imagined technology. Furthermore, the attempt actually produced a modest yield.

WaterSeer, a device developed by students of UC Berkley seeks to replicate this idea. This device collects air, which is then passed to an underground chamber using a fan where it cools down and condenses. The device has attracted international attention; however, its effectiveness has been questioned. It is suggested that the cooling chambers within the air wells will be unable to reach a dew point temperature efficiently in arid environments. Improved prototypes are being developed to respond to these critiques and are expected to be released soon.

Fog catching technology has been attributed to the Inca Empire. A fog catcher is a frame fitted with mesh, which captures condensation from passing air and collects it. The first projects were developed in 1987 in El Tofo, Chile. The approach attracted followers globally in South America, Africa the Middle East, and Asia. However, the most well-known examples are on the slopes of Mount Boutmezguida in Morocco and in the slums of Lima in Peru. Prospects for improving the technology include the use of biomimicry through the design of hydrophilic materials inspired by the survival mechanisms of beetles of Namib Dessert or silk produced by spiders.

Cloud seeding is a technique used to modify weather by dispersing substances such as silver or potassium iodide to ‘seed’ or nucleate clouds produce precipitation. It reached a peak of popularity in the mid-20th century. While it is still practised globally to attempt to suppress unfavourable weather conditions, its effectiveness has not been statistically proven. A 2010 study conducted by researchers at Tel Aviv University debunked the use of cloud seeding as a means to produce water under normal conditions. However, the report did confirm the effectiveness of cloud seeding when applied to orographic clouds in mountainous regions. Some entrepreneurs have even attempted to apply the approach commercially to reduce cloud cover on the day of wedding celebrations or to protect crops from hail.

While there are many ideas about how to innovate to harvest ‘water from thin air’, it is not enough just to demonstrate a technology fulfils that and generates water. The right solution needs to be context-specific and respond to limitations as well as meeting specific user needs.

The XPRIZE competition specifies that entries must be able to extract a minimum of 2000 litres per day, using renewable energy at a cost of fewer than 2 cents per litre. The winners will be announced in August 2018 and may uncover an efficient and cost-effective technology that will enable people in developing areas to generating water from thin air. 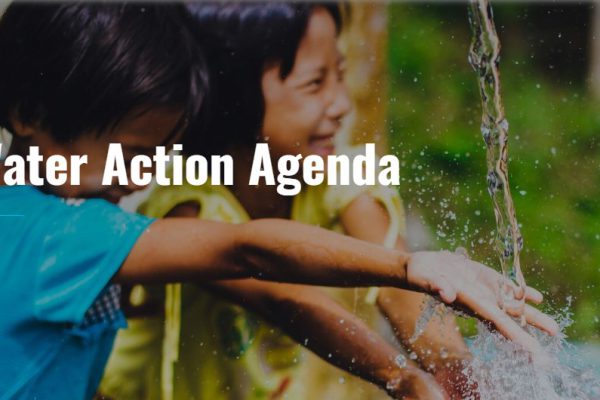