Posted on 22 August 2019 Categories: Cambodia, Water Tools No comments yet 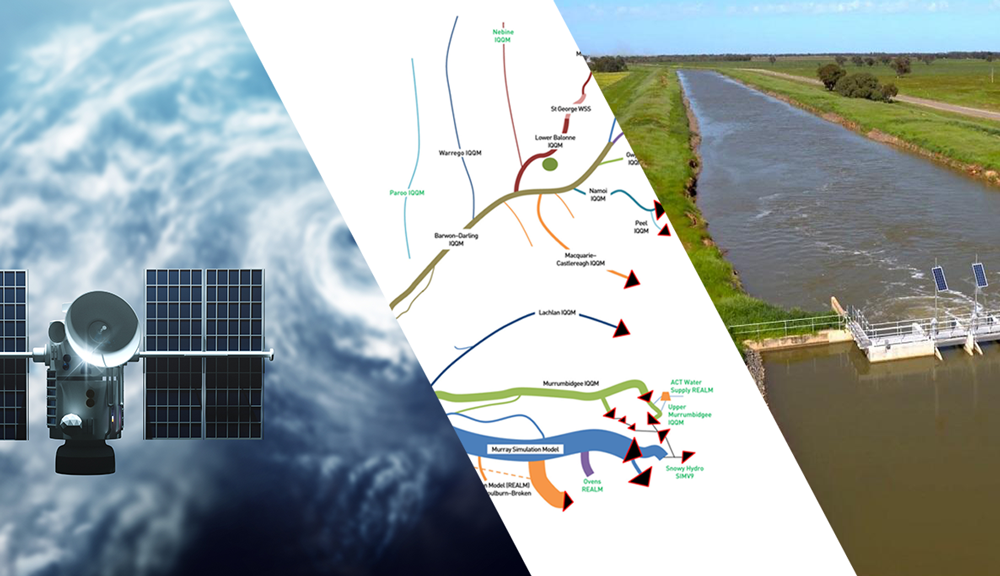 The feasibility of the new tool was tested by developing water availability metrics for the United Nations Economic and Social Commission for Asia and the Pacific (UN ESCAP) Regional Drought Mechanism Cambodia pilot project.

Geoscience Australia created an Open Data Cube (ODC) for Cambodia, storing a wide range of space-based water information including rainfall, catchment boundaries and outputs, potential evapotranspiration and Standardised Precipitation-Evapotranspiration Index grids. Separately, the BoM produced bias-corrected rainfall estimates and streamflow forecasts using satellite rainfall estimates from the Tropical Rainfall Measuring Mission – workflows were created to feed this information into the Cambodia ODC. It was then extracted, along with other space-based water information, to create a Source model to produce water balance and flow estimates. Estimates were produced at the catchment and basin level, and at seasonal and annual timescales.

The final part of the project saw the development of water availability products that can be offered as hydrological drought metrics as part of the Regional Drought Mechanism project. These products have been published on an online dashboard that can be accessed from a range of platforms, including smartphones.

The project successfully demonstrated the technical feasibility of integrating the three tools in a workflow that could be scaled to other countries. It was determined that the integrated tool was able to produce information from very limited data, which was an especially positive outcome.

The additional data made available through the Cambodia ODC also made it easier to implement a water balance Source model.

eWater Executive Manager Software Development, Mr Geoff Davis, said, “An integrated tool that can easily bring together all the available data, would make better use of available space-based data, and dramatically increase the efficiency of gathering the data required for Source modelling, has the potential to benefit Source models in Australia and overseas.”

As part of the project, partners also planned to ‘road test’ the communications products with Cambodian farmers. Unfortunately, the catchments used in the pilot were not in locations suitable for testing due to the absence of on-ground gauge data.

“The project results should be viewed optimistically but with a degree of caution due to the small scale of the pilot and the risk that results of similar quality may not be generated elsewhere,” said Mr Davis.

“However, the project’s ability to develop and present the metrics at relatively low cost is a promising indication of how the integrated tools can provide useful information for governments, water users and the wider community.”

Other opportunities for testing the products in a real environment are currently being explored. The project will feature in the launch of the Australian WaterTools Guide at World Water Week in Stockholm (25–30 August).