Learning from the 2008 food crisis: what happened, lessons learned, and ongoing consequences 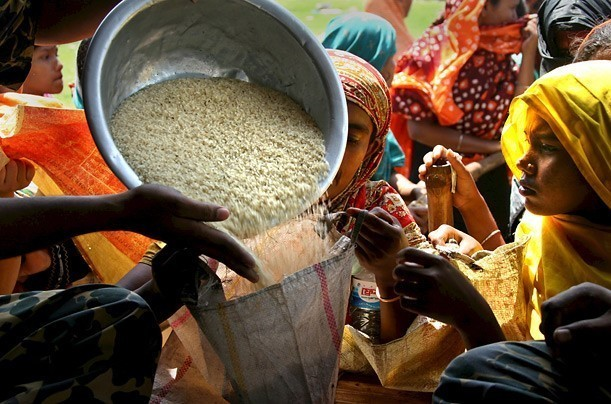 In an interview, Quentin Fradton, an economist at the Australian National University, spoke about how a key report created in response to the 2007/2008 food crisis had inspired his work to bring people together to do something about it. This article gives a bit of background to this crisis, including how it came about, the impacts it had, and what we can learn from it to help us adapt in the future to respond to these inevitable pressures before they happen.

‘The future of food and farming’ report by the Foresight group details some concerning facts about the pressures the global food system will face in the next 40 years. In 2050, the world’s population will probably surpass 9 billion people. There will be increased pressures on land and water resources and most likely conflict over them. Climate change will also be more intense and there will be a set of truly wicked problems to solve.

In 2007 and 2008, world food prices jumped rapidly. It primarily affected staple commodity grains such as rice, wheat, corn, and soybeans, which left the poor in many countries vulnerable. There is evidence to suggest that the factors that led to these kinds of problems are the new norm, with new price peaks again occurring in 2010, and presumably more in the foreseeable future. The conditions that lead to this food crisis have been described as a ‘perfect storm’.

Global food production has been affected by a new set of creeping challenges. On top of climate challenges such as the increased frequency of natural disasters, soil degradation and desertification, and the sedimentation of rivers and lakes, other factors were at play. These factors placed increasing pressure on food prices and sent them upward to a breaking point, where they peaked rapidly, increasing by a factor of two to three times.

What was the reaction?

Crises can cause humans to react in unusual ways and things can escalate quickly. There were claims that investment funds were being used to speculate on food futures, creating instability and further pushing up prices. Many countries placed export bans on staple food crops and starting increasing grain stockpiles in response, further limiting food availability and increasing pressure on prices. Riots and violent demonstrations occurred in many developing countries leading to military intervention and political instability. Corruption also hindered national responses to protect the nutritional requirements of vulnerable people.

What are some of the lessons learned through all of this?

Crises occur because of a culmination of social, economic, and natural consequences that are haphazard, difficult to predict and cause conflict due to the different values attributed to what basic needs and productive uses should be prioritized and how natural resources should be allocated to reflect their equitable allocation. Natural disasters, climate change, and political instability all contribute to food and water insecurity and the capacity of the stakeholders to adapt appropriately to these conflicts is most important

The 2007/08 food crisis demonstrated the consequences of ignoring legitimate needs and values surrounding the use of resources Active participation by conflicting interests in response to crises using the resilience frameworks discussed in the interview is a powerful approach to achieving lasting change in the way information is sourced and shared and decisions that meet collective needs are met, rather than a relapse to business-as-usual.