Posted on 31 May 2019 Categories: Capacity Development, Indo-Pacific Regional No comments yet 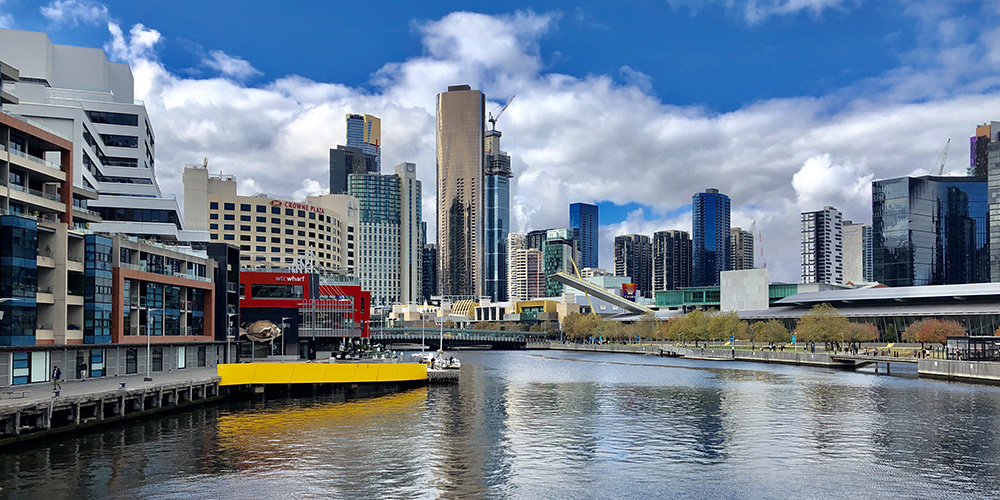 The Australian Water Partnership (AWP) supported the Australian Water Association (AWA) as International Development Partner at Ozwater’19, which attracted more than 4,700 delegates from 39 countries. The AWA hosts the Ozwater conference each year, and this year facilitated several events to further enhance knowledge sharing relations between Australia and Indo-Pacific countries in particular.

The AWA made a call for submissions for a YWP Scholarship Program, resulting in 16 YWPs being selected from across the Indo-Pacific region to participate in the Program at Ozwater’19.

The YWP Scholarship Program was designed to give the YWPs an understanding of the many challenges being faced by the Australian water sector so that they may take this knowledge home with them inspired to solve their own countries’ challenges. They were engaged in a variety of activities such as networking workshops and meetings with AWP, AWA and Vic Gov senior staff; technical sessions; SDG focused hackathon; and site tours to water treatment plants across regional Victoria.

“It was great to interact with Young Water Professionals working in different developing countries…and to know about their current work and vision for continuing their career in the water and sanitation sector,” said Hiral Jariwala, a YWP from India specialising in environmental management engineering.

AWP also supported an engaging roundtable discussion on Unconscious Bias as part of the YWP program, which was opened by AWP Program Manager Mr Simon Tilleard.

By the end of the Program, the YWPs expressed how committed they were to sharing water knowledge within their country and leading the development and strengthening of YWP networks across the region, with the support from the AWA’s YWP Network.

“The first few days at Ozwater has been amazing. Talks on inclusivity, sustainable development, and efficient water management were just some of the diverse topics being covered at the conference,” posted Samantha Betia, a YWP from the Philippines who specialises in public relations and sustainability. “It is true that individually we can make an impact but together – we can create positive change.”

Related news: The Marvelous Experience of a Myanmar Young Water Professional at the OzWater’19 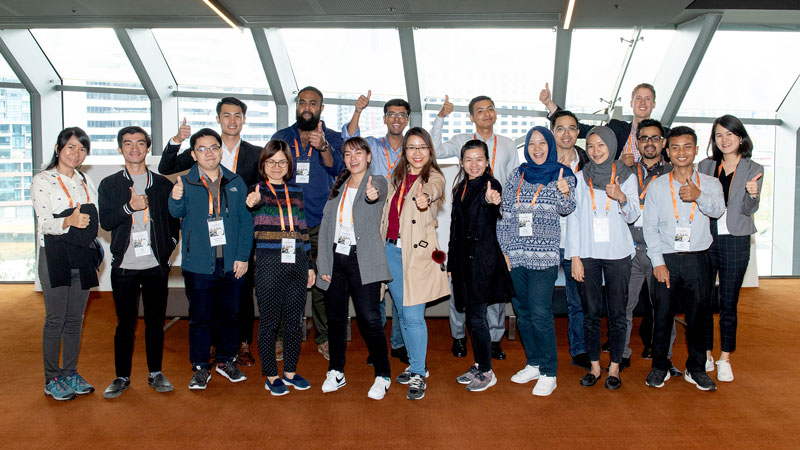 The Vietnam-Australia WUIP workshop provided an opportunity to hear experiences and outcomes from this three-year program involving five Vietnamese and six Australian water utilities, led by the AWA and Vietnam Water Supply and Sewerage Association. 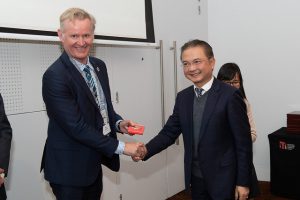 AWP CEO Prof Nick Schofield was honoured to welcome participants to the workshop and co-present awards to the utilities in a closing ceremony presentation with the Vietnam Ambassador to Australia, His Excellency Mr Ngo Huong Nam.

“A highlight for the AWP was hearing the productive, trusting and longstanding working relationships established between the six Australian and five Vietnam water utilities, resulting in the delivery of improved water services to over 10 million customers in Vietnam,” said AWP CEO Prof Nick Schofield. 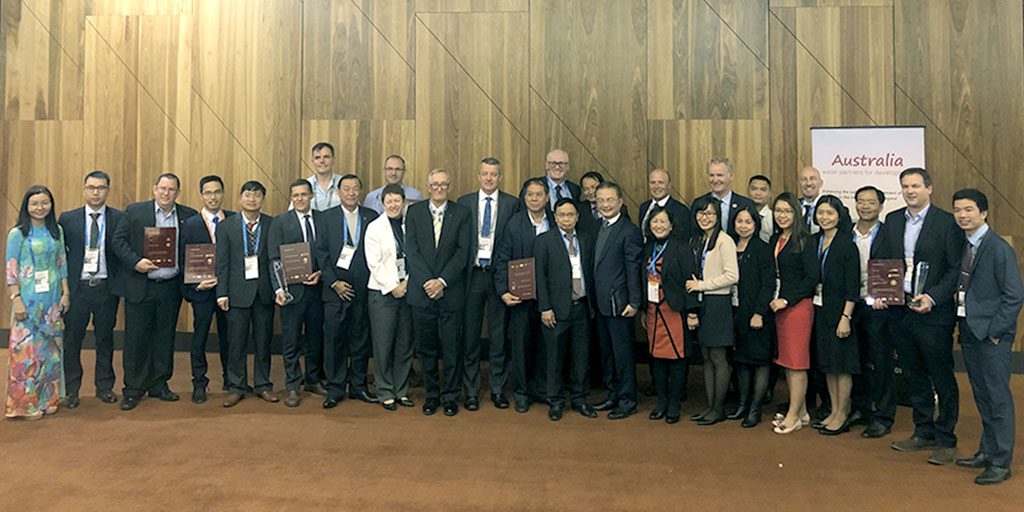 Photo: Australian and Vietnam utilities with the AWP CEO, AWA President and Vietnam Ambassador to Australia receiving their awards at Ozwater’19 (credit: AWA).

Launch of the Indonesia-Australia WUIP

Building on the success of the Vietnam-Australia WUIP, the AWP is supporting the AWA and the peak Water Association of Indonesia (PERPAMSI) to deliver a new WUIP between three Indonesian and three Australian water utilities. The Indonesia-Australia WUIP was officially launched at Ozwater’19 with the participating utilities meeting face-to-face for the first time.

“It was a pleasure to meet the participating utilities, witness the signing of WUIP agreements and hear of their enthusiasm in sharing knowledge to support improved services for over 5 million customers across Indonesia”, said AWP Program Manager Mr Simon Tilleard.

The utilities are now developing their action plans which will be launched at the upcoming 8th Indonesia Water and Wastewater Exhibition and Forum in Jakarta. The activities will also support the DFAT funded KIAT (Indonesia Australia Partnership for Infrastructure) program which allows Indonesian regional drinking water companies to improve their level of service. 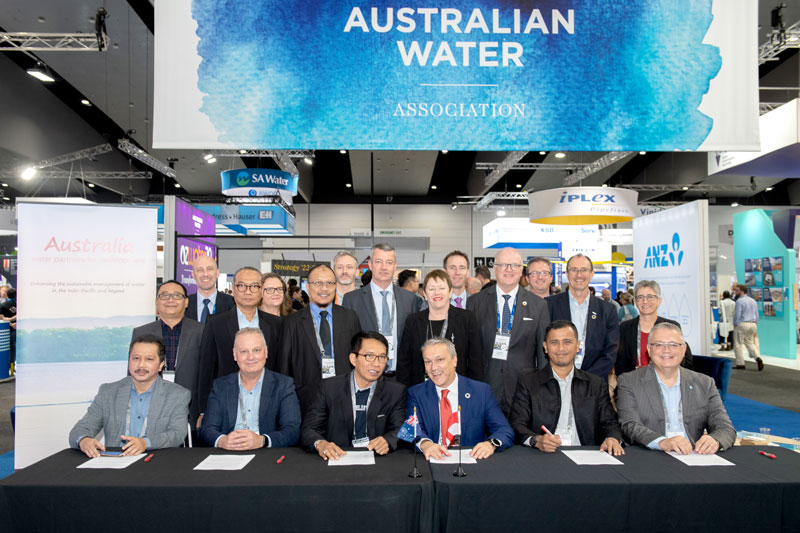 Photo: Signing of the WUIP Agreements between the participating utilities at Ozwater’19 (credit: AWA).

The AWP hosted the Indo-Pacific YWPs and Australian Partners at the Australian Water Awards (and Gala Dinner) which recognises industry excellence across several award categories. Winners were announced at the Ozwater’19 Gala Dinner, with ICE WaRM’s Managing Director and AWP Partner, Darryl Day, taking out the award for Water Professional of the Year. Other AWP Partners were recognised for the Research Innovation Award (highly commended: the Advanced Water Management Centre, The University of Queensland and Queensland Urban Utilities); the Infrastructure Project Innovation Award (winner: Water Corporation); and the Student Water Prize (winner: Florence Choo, UNSW).

The Australian Water Association will be coordinating three Australian delegations to key international water events in Indonesia, Cambodia and Vietnam towards the end of 2019:

For more information, and to express interest in joining these outbound Australian delegations and future Water Utility Improvement Programs in Indonesia, Cambodia and the Pacific, visit the AWA website.