Posted on 5 November 2020 Categories: AWP Governance No comments yet 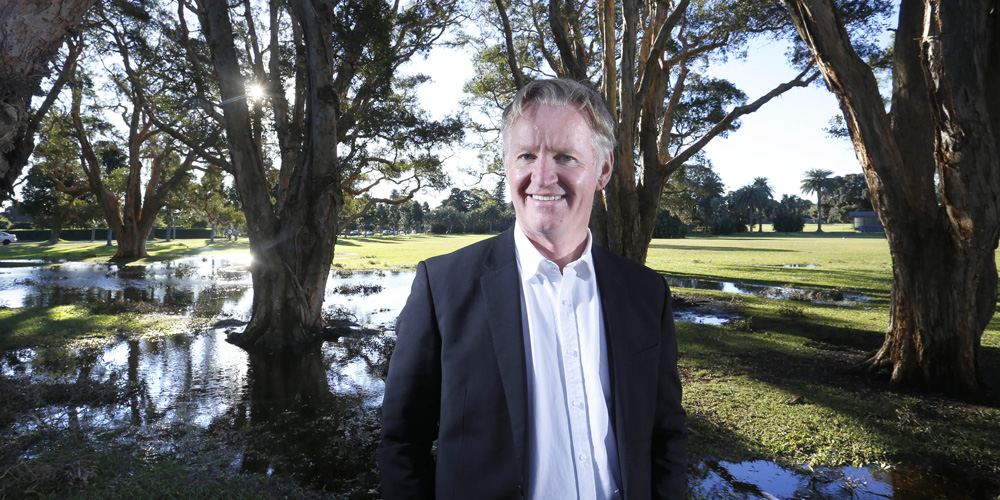 Last week the Australian Water Partnership team farewelled its CEO of almost three and a half years, Professor Nick Schofield, who is retiring after a 43-year career in the water sector based in his native UK and Australia.

Commencing his tenure in July 2017, Nick led the AWP through the end of its first phase and into its second, which will go until 2023. Over the past three years, he has developed a highly capable team and led them through substantial improvements in AWP’s operations, partnerships, knowledge products and communications – all evident from the surge in positive responses to AWP’s annual partner’s survey.

In that time, the partnership base has grown from 140 to 218 Australian organisations, and the cumulative grant funding has increased from $20M to $61.6M through the Phase 2 Core Grant, Australia-Mekong Water Facility and some specific purpose grants.

In March, Nick announced his intention to retire by the end of the year, and after a competitive selection process involving 50 candidates Michael Wilson was appointed as AWP’s new CEO and officially commenced in the role on 29 October.

In his final update to partners in October, Nick reflected on the solid foundations AWP made in Phase One such as its in-country collaborative programs in the Pacific, Myanmar, India, Vietnam, and speciality programs on water stewardship, water utility twinning, and young water professionals.

Nick also reflected on more recent events such as AWP’s quick and effective response to COVID-19, saying it was, “indeed an exemplar of how the organisation has matured and can deliver meaningful assistance in an innovative and responsive fashion.”

Recounting his beginnings in the water sector he said, “My career has been very exciting from the outset.”

Nick started in the water industry in 1977, following a PhD in Astrophysics and a degree in Physics from Imperial College London. His introduction to water was a Post-Doctoral Fellowship in Catchment Hydrological Modelling before moving to Australia in 1980, having been offered a joint lecturing/research position at Curtin University in Western Australia (an unusual combination of physics, astrophysics and hydrology which saw him selected against 240 other applicants).

After three years, Nick moved into government and spent seven years in applied research tackling prominent land use issues of agriculturally induced salinisation and eutrophication; bauxite mining and forestry impacts on water resources; as well as emerging climate change. Nick then diverted into the policy arena as CEO of the Western Australian Water Resources Council.

In 1992, Nick moved to Canberra to become the Water Resources Program Manager for Land & Water Australia where he led ten national natural resource management R&D programs over 14 years. This was followed by six years consulting with then SKM (since acquired by Jacobs), before taking on the role of CEO of the International RiverFoundation.

Nick then got a calling to establish the Global Water Institute at UNSW as its inaugural Director. After 18 months at UNSW, the CEO position opened up at the Australian Water Partnership which was starting to build a substantial portfolio of development activities.

“All of these adventures have been highly rewarding, but ‘giving back’ to developing countries via deploying Australia’s vast and special water expertise has been a highlight and a particularly meaningful end to my full-time career,” said Nick.

“It’s been a tremendous honour to work in the field of international development – to be delivering real outcomes in many countries and affecting the lives of millions of people in direct and indirect ways. I think AWP has been successful in doing that.”

AWP CEO, Nick Schofield, talks to the Pacific YWPs about his experience and career in the water sector

Nick was warmly farewelled and honoured by members of staff, AWP’s Advisory Committee (AWPAC) and Expert Review Panel (ERP), the Department of Foreign Affairs and Trade (DFAT, AWP’s funder), and the eWater Ltd Board and Executive at the end of October.

Don Blackmore, Chair of the eWL Board, reflected on the good work he and Nick did at Land & Water Australia in the 90s setting up the R&D programs, saying, “It’s not only the contribution Nick’s made in the last three and a half years, it’s the broader contribution to the water industry. We’re starting to see the impact of these investments, and it’s a credit to the organisation and to Nick and the team for taking them through.”

Nick’s passion for the water and international development sector was well known, especially his support of the next generation of water leaders, sharing knowledge, and developing the capacity of AWP’s in-country partners. The AWP team conveyed how much they had learnt from him during his tenure as AWP CEO, such as his introduction of structured process, and his kind, yet effective, leadership style; while others admired his attention to detail and water-related puns. But the common impression was Nick’s inclusive team approach.

“Nick has transformed AWP. He leaves it in a much stronger position as a consequence, both in terms of its structure and processes, and in the positive team spirit he fostered. It’s a testament to the leadership Nick has shown and it’s been a real privilege to work with him,” added Bob McMullan, AWPAC Chair. 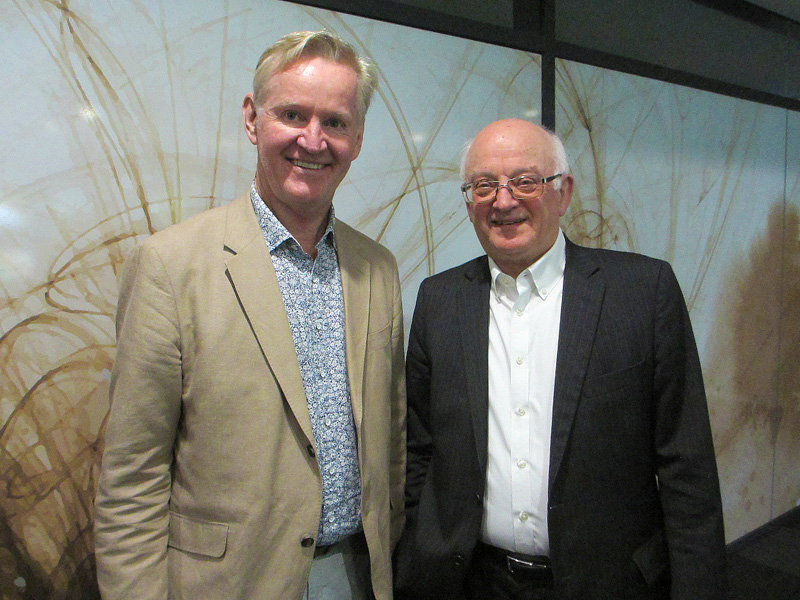 Director of the water section at DFAT, Peter O’Connor, also thanked Nick for his successful time as CEO, saying, “As one of our flagship programs, we are proud of how far AWP has come. I have seen it go from strength to strength, so on behalf of DFAT I thank Nick for that.”

Nick thanked his management team, members of AWPAC, ERP, eWL Board and corporate team, DFAT’s water section, and in particular welcomed Michael and congratulated him on his appointment as the new CEO.

“Michael and I go back to the early days of AWP when he was at DFAT. It’s fabulous to see Michael take up this opportunity. He’s a very talented individual with a deep knowledge of international development and I know he will lead AWP into a successful new phase with an extraordinarily competent team and highly supportive Australian and International Partners.”

“I also want to acknowledge my wife Annie who has demonstrated incredible fortitude in standing by my side in a long career that has taken us to many different locations. We’re looking forward to our future and spending more time with our family. Thank you all, and I’m sure we’ll find occasions to catch up and meet again.”

Nick and Annie will be returning to WA in the new year, establishing their principal residence in Perth where one of their three sons and his partner, and two of his grandchildren live. With ties in both Perth and Canberra, they anticipate returning and catching up with friends and past colleagues in the not too distant future, keeping a foot in both camps. 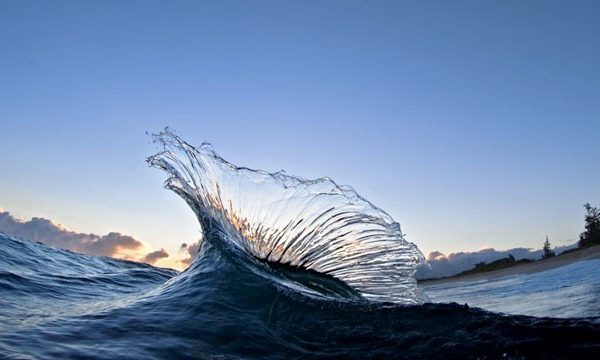 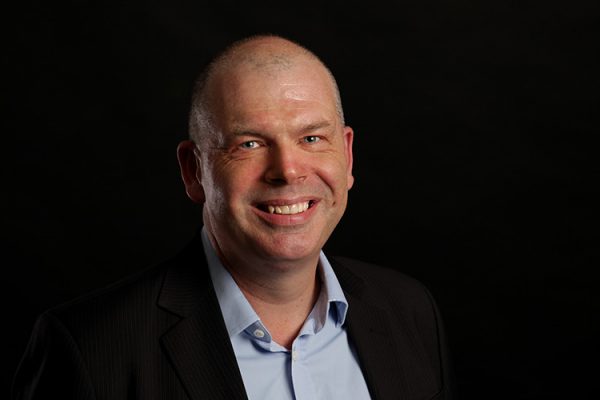