India is facing a set of severe water challenges, with demand expected to outpace supply by 50 percent by 2030 unless major water management reforms are undertaken. Surface water is commonly over-allocated and groundwater is being extracted at unsustainable rates, particularly for agricultural use. The agricultural sector accounts for more than 90% of total water use, and with a growing population, the demand for water for agriculture is rapidly increasing.

Water quality is declining due to urban waste and untreated sanitation and industrial pollution. Droughts and floods claim many lives each year, and climate change evidence suggests the frequency and severity of both are increasing.

The Australia Government Department of Foreign Affairs and Trade (DFAT) has placed India at the forefront of its international relationships, and water is a key element of this cooperation as is evidenced by the formal cooperation between the governments of India and Australia regarding water issues which began in 2009. A Memorandum of Understanding (MoU) was developed between the Australian Government Department of Agriculture and Water Resources (now the Department of Agriculture) and the Government of India’s Ministry of Water Resources (now Ministry of Jal Shakti), River Development and Ganga Rejuvenation, to formalise the collaboration between Australia and India.

India is a priority country for the Australian Water Partnership (AWP) for diplomatic and commercial reasons, but also in its aim to support countries where Australia’s knowledge and experience can have a positive outcome for water management practices and for communities. Beyond the MoU, AWP works with its International Partners and with DFAT to identify other opportunities where Australian expertise and sector experience can assist India as it seeks to implement solutions for water management across the country.

Since its establishment in 2015, AWP has engaged with In-Country Partners and with World Bank colleagues to support water projects in the country. So far, AWP has funded 19 activities in India. Major activities funded by AWP are River Basin Planning Support; National Water Informatics System Assessment; and Andhra Pradesh Water Sensitive Cities Partnership.

In August 2017, AWP appointed a South Asia Representative with the aim of strengthening our ability to contribute as a trusted partner to the sustainable management of water resources in India. The coordinator is based in Delhi and supports both the AWP and its partners to work effectively in India. 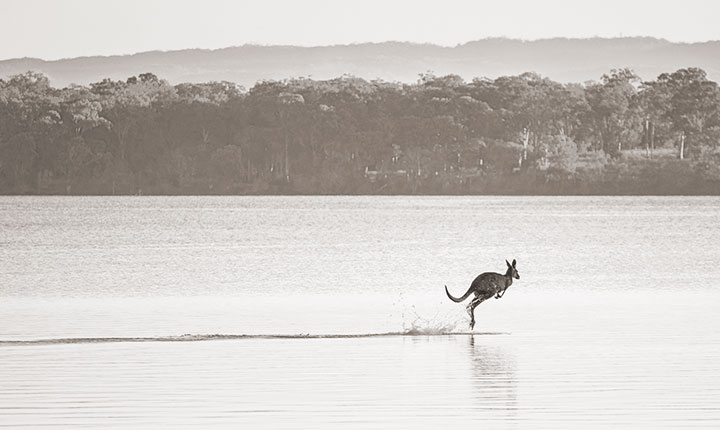 Global Leadership Program on the Circular Economy activity allows for experiential learning of the circular economy for 20 Indian Experts.

Underpinning AWP’s national-level support to NWIC, this activity will work at the state scale to trial a groundwater data management system in the Indian State of Gujarat.

The technical visit activity introduced dam management practices in Australia that may inform or be adopted in the Indian Dam Rehabilitation Improvement Program.

Scaling out of Managing Aquifer Recharge and Sustaining Groundwater Use (MARVI)

The Andhra Pradesh Water Sensitive Cities activity identifies how water sensitive city principles can be incorporated into the existing city of Vijayawada and new city Amaravati.

In India, AWP continues to support the third phase of the National Hydrology Project (NHP III) funded by the Indian Government and the World Bank.