Scaling out of Managing Aquifer Recharge and Sustaining Groundwater Use (MARVI)

Managed aquifer recharge is the deliberate storage of water in aquifers for later human or environmental use. Aquifers are underground reservoirs of water, naturally contained in soil or rock from which water can be extracted. Aquifers are often over-depleted, affecting ecosystems and regional groundwater users. The Managing Aquifer Recharge and Sustaining Groundwater Use through Village-level Intervention (MARVI) approach is focussed on engaging village communities in India to monitor, use and manage groundwater at the village level.

This activity builds on a previous Western Sydney University (WSU) MARVI project, conducted from 2011–2017 with the support of the Australian Centre for International Agricultural Research (ACIAR). The ACIAR-supported project focussed on training local farmers in groundwater measurement and mapping, rainfall monitoring and check-dam monitoring in the Indian states of Rajasthan and Gujarat. The AWP-supported activity builds on the original MARVI project to ensure its wider adoption across India.

AWP is supporting Western Sydney University to refine and upscale the outputs of the completed ACIAR-supported MARVI project. The key objective of this activity is to support the Central Groundwater Board (CGWB) and Water Ministries, farmers in the village, groundwater cooperatives, and Gram Panchayat (Village Councils) to deliver effective implementation of the MARVI approach. The activity will do this through engaging with state and central governments, developing key tools and protocols, as well as engaging with village communities and farmers (‘Bhujal Jankaars’) to provide training on the MARVI approach.

The MARVI activity will provide input into the Atal Bhujal Yojana (ATAL JAL) National Groundwater Management Improvement Program – a US$1B program co-funded by the Government of India and the World Bank which is focusing on rural areas in the water-stressed States of Rajasthan, Gujarat, Maharashtra, Haryana, Karnataka, Uttar Pradesh and Madhya Pradesh. It is envisaged that the project will contribute significantly towards water and food security for more than 4.4 million people through institutional strengthening and capacity building, and incentivising behavioural changes at the village level.

Outputs of the original ACIAR project included a ‘MyWell’ application to display current data alongside historical data for simple comparison, analysis and decision making. During 2018–19, MyWell was refined and updated to include water quality and check-dam water level monitoring along with groundwater level and rainfall monitoring. Version 2.0 of the application was released in May 2019 and is currently being utilised in India and trialled in Pakistan, Laos and South Africa. Other outcomes and a final report from the original ACIAR project are available from the ACIAR website.

Since the commencement of the AWP-supported MARVI activity, three village groundwater cooperatives (VGC) have been formally registered with the Registrar of Cooperatives with the Government of Rajasthan, and two are being registered with the Government of Gujarat. A workshop was conducted to explore framework and governance for the VGCs, as well as groundwater and gender field data collection.

MARVI was successfully scaled out in 11 villages (5 in Rajasthan and 6 in Gujarat), and in response to the Government of India and World Bank’s request for assistance, AWP is supporting WSU to implement MARVI on a wider scale through the ATAL JAL Program. The Program was launched on 29 December 2019 and took effect on 1 April 2020, and is being rolled out across 8,500 village councils (20,000 villages). 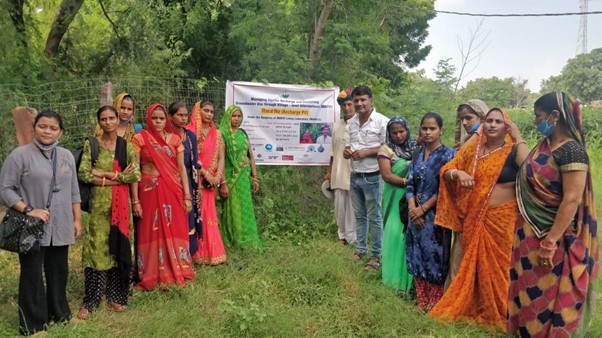 Understanding, communicating and managing something invisible is a complex and challenging task. This is the case of groundwater, which accounts for 99 per cent of all liquid freshwater on Earth but is poorly understood and consequently undervalued and mismanaged. According to the UN Water Development Report 2022, groundwater provides half of the volume of water […] 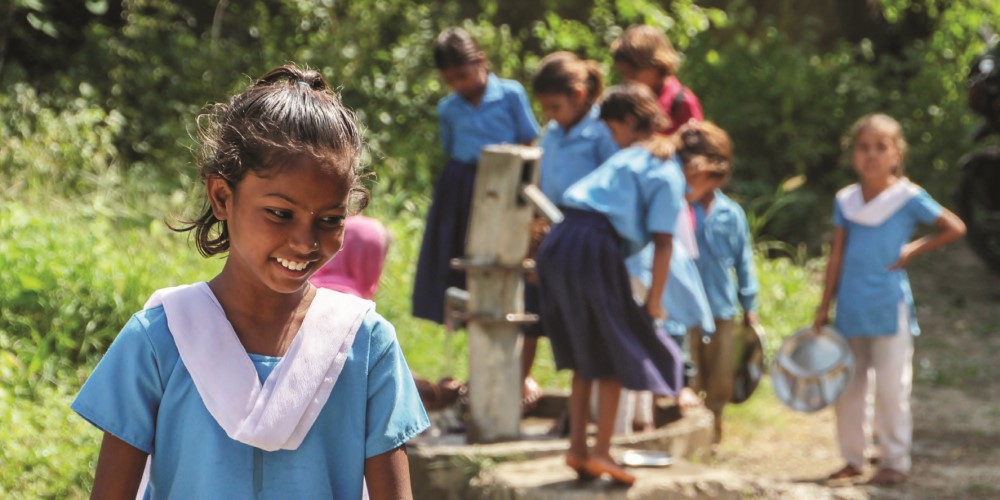 Managing aquifer recharge and sustaining groundwater use in India

The Managing Aquifer Recharge and Sustaining Groundwater Use through Village-level Intervention (MARVI) project is engaging and empowering communities in India to monitor, use and manage groundwater at the village level. With much of India subject to severe and widespread droughts, groundwater provides an important source of fresh water for growing crops. But groundwater levels across the country have […] 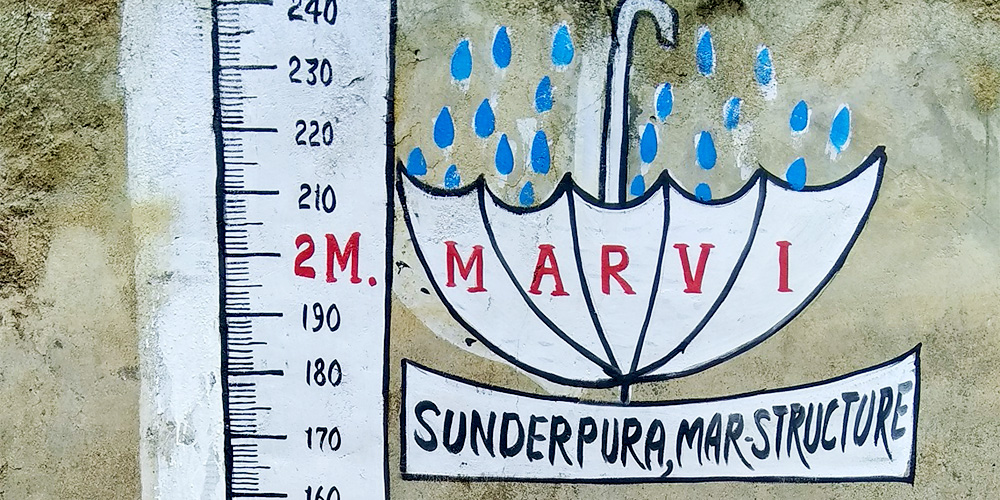 Since 2019, the Australian Water Partnership has been supporting the rollout of Managing Aquifer Recharge and Sustaining Groundwater Use through Village-level Intervention (MARVI) in 20,000 villages across seven Indian states. The activity is being implemented as part the Government of India’s Atal Bhujal Yojana / Atal Groundwater Program national project. Groundwater is an important source […]

Groundwater levels across India have been falling rapidly, affecting the livelihoods and wellbeing of village communities. The MARVI project (Managing Aquifer Recharge and Sustaining Groundwater Use through Village-level Intervention) aims to tackle this issue by adopting a participatory approach for measuring groundwater levels and improving groundwater productivity and sustainability. The Australian Water Partnership (AWP) supported […] 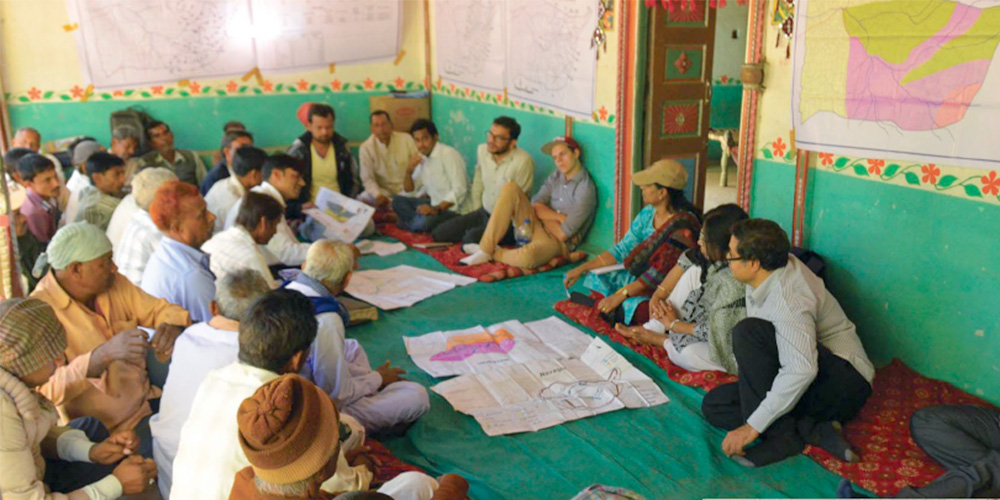 The Government of India’s National Groundwater Management Improvement Program, known as Atal Bhujal Yojana (ATAL JAL), took effect on 1 April and will run for five years, having been officially launched on 25 December 2019 by the Hon’ble Prime Minister Shri Narendra Modi. The program is being established by the Government of India (GoI) with […] 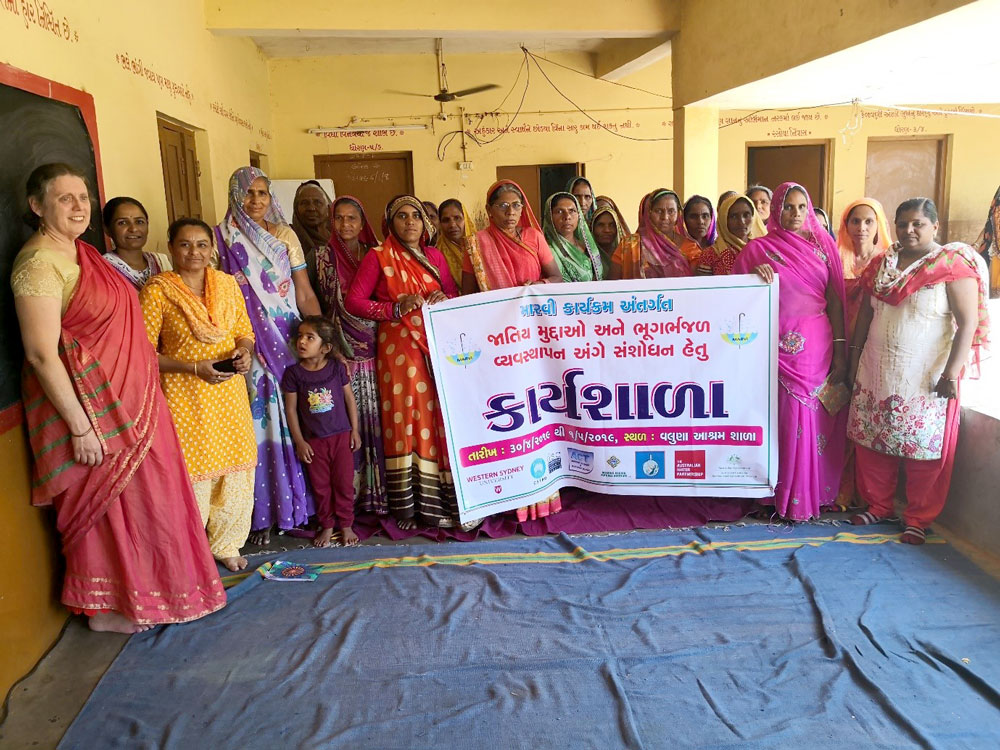 The Australian Water Partnership has provided support to Western Sydney University to refine and upscale the outputs of a groundwater project recently completed in India. The Australian Centre for International Agricultural Research (ACIAR) project, Managing Aquifer Recharge and Sustaining Groundwater Use through Village-level Intervention (MARVI), focused on training farmers in groundwater management in the Indian states […]