Posted on 31 May 2017 Categories: Capacity Development, China No comments yet 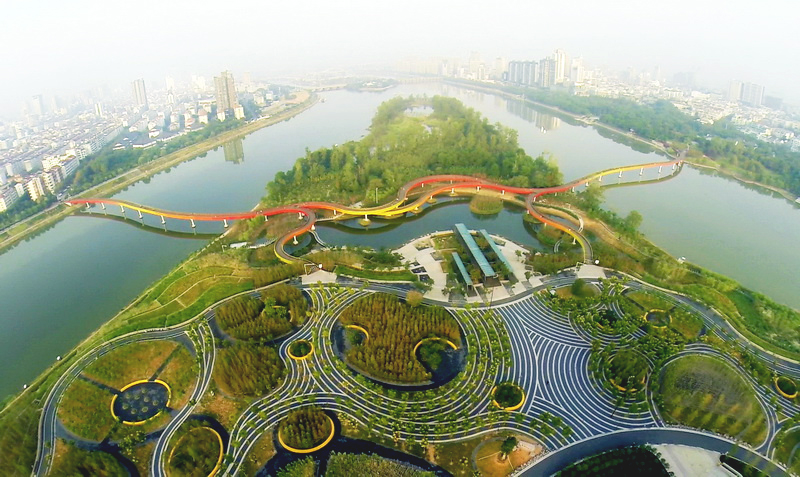 Off the back of its long-standing partnership with the City of Kunshan, Jiangsu Province in China, the Cooperative Research Centre for Water Sensitive Cities (CRCWSC) led a highly productive Trade Mission of government and industry representatives to Kunshan in February 2017. Over several days, expert presentations and discussion were geared to matching Australian industry expertise with a burgeoning Chinese market for innovation and knowledge for making cities more water sensitive.

A workshop was attended by approximately 250 people over the two days and was followed by a day of site visits of Kunshan’s Water Sensitive Urban Design Projects.  Eleven out of the 13 Australian companies that attended were from the private sector and all of these companies now have new relationships or are growing existing relationships with organisations in China.

In collaboration with the CRCWSC, Kunshan has already achieved over 30 on-ground projects in just three years, but work has only just begun towards realising its ambitious goals of transforming into a ‘sponge city’, the Chinese term for a water sensitive city. This recent push is part of a Kunshan-led effort to leverage Australian expertise in implementing water sensitive urban design principles. Collaborations are already taking shape, with several Australian businesses now commissioned to contribute to an ambitious 10ha Innovation Park, an imminent development that will demonstrate and commercialise leading water technology. Several others have developed proposals with the City of Kunshan or South East University, or are continuing to grow their presence in China.

Benefits of the Trade Mission are appearing in other areas, too, including two Memoranda of Understanding  (MoU) signed in March during the delegation visit led by the Governor of Jiangsu to Melbourne.

The MoU signed between the Victorian Minister for Water (Hon Lisa Neville) and the Deputy-Director General of the Jiangsu Provincial Department of Housing and Urban-Rural Development (Director Chen) stipulates that the CRCWSC will work with the Jiangsu Water Supply Security Centre to facilitate collaborative research and research transfer. The collaboration will include joint projects between key organisations from Victoria (and Australia) and Jiangsu Province to deliver Water Sensitive City initiatives in the province and to immediately influence capital works investments in a further two cities that Jiangsu Province will nominate.

A second MoU was signed by the Chairman of CRCWSC (Ms Cheryl Batagol) and the Vice Mayor of the City of Kunshan (Xu Minzhong) that facilitated two additional CRCWSC participants: the Kunshan Bureau of Housing and Urban-Rural Development, and the Kunshan Bureau of Garden and Landscape and stipulates the establishment of a 10 Ha innovation park to bring Australian research, leading-edge technology, and Water Sensitive City products into Kunshan for demonstration, incubation, local application, and commercialisation.