Posted on 4 November 2021 Categories: Climate, Irrigation and Agriculture, Water Security No comments yet 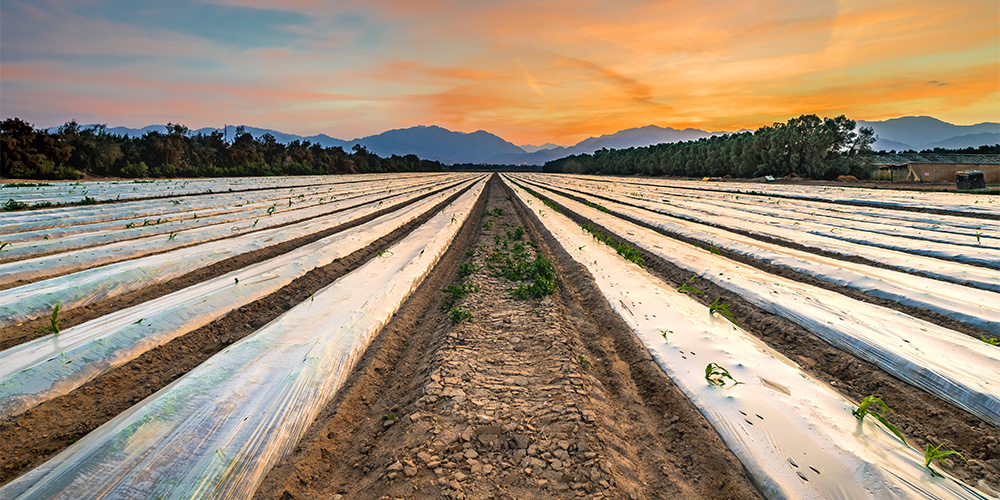 On 31 October, the 26th Conference of the Parties to the United Nations Framework Convention on Climate Change began in Glasgow. COP26 delegates are meeting—some in person, some virtually—under the shadow of what the UN Secretary-General António Guterres has called a “code red for humanity”. The urgent task now underway is to shine a spotlight on what we know is needed to tackle the climate emergency, and prioritise global actions.

Food and water—critical to all of us, every day—are at the centre of climatic disruptions.

Our food system is already feeling the effects of climate change, with the impacts of droughts, fires, floods, and unpredictable weather patterns increasing the challenges for those who produce our food. Foremost amongst these challenges is the quantity and quality of freshwater. The climate crisis is a water crisis and therefore a food crisis. Reliable food production depends on predictability—that the same conditions will occur at the same time—and a changing climate is increasingly wreaking havoc by interrupting rain patterns and increasing storm events.

The use of water resources for agricultural irrigation has increased 100 percent over the past 60 years, so continued availability of water is of central concern. But the complexity of food-water interactions mean that response has to happen at different levels—a combination of international, national and more local factors are at work. As is highlighted in an upcoming AWP publication, socioecological factors need to drive the climate-food-water risk assessment. For example, some areas are reliant on rainfed and gravity-fed agricultural systems, and there is limited social resilience to their crop or livestock management cycles.

A response needs to consider the ecosystem holistically, including sociopolitical and nature-based solutions that can help to address the impacts of climate change. This approach ensures that water quality and flow is part of what is monitored and measured.

Net Zero is a big push at this year’s COP and it is also becoming clear that it will not be achieved without changes to the way we produce and manage food and water. The global food system, for example, is responsible for about a third of global greenhouse gas emissions. This startling figure is made up of emissions from agricultural production, the conversion of forests and grasslands to support that production, as well as the storage, transportation, distribution and consumption of foods produced on land, in the oceans and in our waters. Water flows through the food system from rain-fed and irrigated agriculture, in soil and fresh produce, and to the processing, storage and transport of food.

While water is traditionally seen as more relevant to adaptation, new research is showing that the way water is managed can reduce emissions and enhance carbon sequestration. Water utilities and irrigators play an important role, but preserving, restoring and regenerating ecosystems are essential to address climate solutions at a systemic level.

Effectively managing natural ecosystems can have a range of co-benefits that could be central to a resilient future food system; and combine adaptation and mitigation in the one approach.

For example, agroecology (or agroforestry) incorporates biodiversity conservation within the areas of food production. Rather than removing trees, for example, such practices use the natural infrastructure provided by trees (shade, water retention, stability from erosion) to support agriculture. By keeping elements of the ecosystem intact, more water is retained in soil, runoff and pollution is reduced, and forest carbon sinks are retained. In addition, practices that use the interactions between soil health, water filtration and species diversity can also boost food systems’ resilience to deal with the impacts of climate change, enabling them to better withstand especially water-stressed conditions including drought.

These interdependent issues are often overlooked in the global climate context. A focus on how best to manage and use wetlands, rivers, and coastal marshes, as part of a concerted climate plan remains at the margins of global diplomacy. The innovations needed to address the challenges of feeding a rapidly growing population—expected to reach 8.5 billion by 2030 and to climb to over 11 billion by 2100—include what is already found in nature.

Water needs to be at the forefront of climate discussions as it is the keystone of the natural systems that will protect what we all need most—access to freshwater and sustainable, nutritious food.

The delegations gathering in Glasgow and dialling in from around the world would do well to keep their eyes on what’s on their plate. Policies that consider the reliance of each of these systems on the other are important in developed countries, but of particular importance in the developing world. Reducing emissions through changing food production practices, including those more grounded in nature, is an important means along the path to achieving net-zero emissions. At the same time, investing in the management of climate-resilient systems that support the natural water cycle will be critical to ensure that we reach our future food goals.