The power of story-telling for water and climate

Posted on 22 November 2021 Categories: Climate No comments yet

By Bronwyn Powell and Sarah Ransom

Looking back on COP26, our impression after involvement in the first-ever Water Pavilion is of a tide of information and activity, of parties jostling to be heard, all overlaid with a sense of impending crisis. The palpable sense of urgency for action contrasted strongly against the painstaking nature of consensus-based negotiations.

It seems counterintuitive to stop and listen to stories in this context. But storytelling can tap into our human instincts for empathy, challenge our assumptions, and inspire creativity when faced with wicked problems like the climate crisis. When we listen and concentrate on stories, they still us. They make us sit, and reflect. Then we are ready for action.

The Pacific has a compelling history of using storytelling to influence the global climate change debate. The story behind Foreign Minister of Tuvalu Simon Kofe’s decision to address the plenary of COP26 standing knee-deep in water resonated powerfully amidst the torrent of information. Like other countries of the Pacific, Tuvalu is already suffering sea level rise, with related saline intrusion impacting freshwater resources, as well as increased drought and extreme cyclonic events.

At the AWP event, speakers from across the region told water for climate adaptation stories, highlighting the importance of these voices to this critical international event. Semi Lotawa from Fijian NGO Rise Beyond the Reef and Milika Sobey from the Asia Foundation demonstrated this through a talanoa-style conversation that insisted on putting community needs at the centre of climate response, and building on strengths to co-design solutions. Semi and Milika introduced the concept of radical listening, an approach that leaves aside assumptions and bureaucracy and opens a space for creative problem solving. As Mr Lotawa put it: “Come sit at our mat and learn our local issues. We can be an expert in this.”

Besides their effect in galvanising resolve, stories of water and climate can be sources of valuable local data. Adaptation stories are important as climate and water resilience lies in recognising and building on local assets, and backing these with strong governance and legislative systems and technical support.

An example of this was provided by Dave Hebblethwaite from the Secretariat of the Pacific Community. He described how local communities of Tuvalu have worked to secure their own water supplies. Having lived through extreme drought in 2011, the people of the atoll island Vaitupu were determined to maintain their livelihoods there. Through getting technical assistance to map previously untapped groundwater reserves, the island council was able to connect the community to this resource. Whilst this supply is not sufficient to meet the community’s water needs, it does act as a lifeline in drought, supplementing the community’s rainwater supply. Getting the technical support to undertake a groundwater survey was critical, and an example of locally-led action. 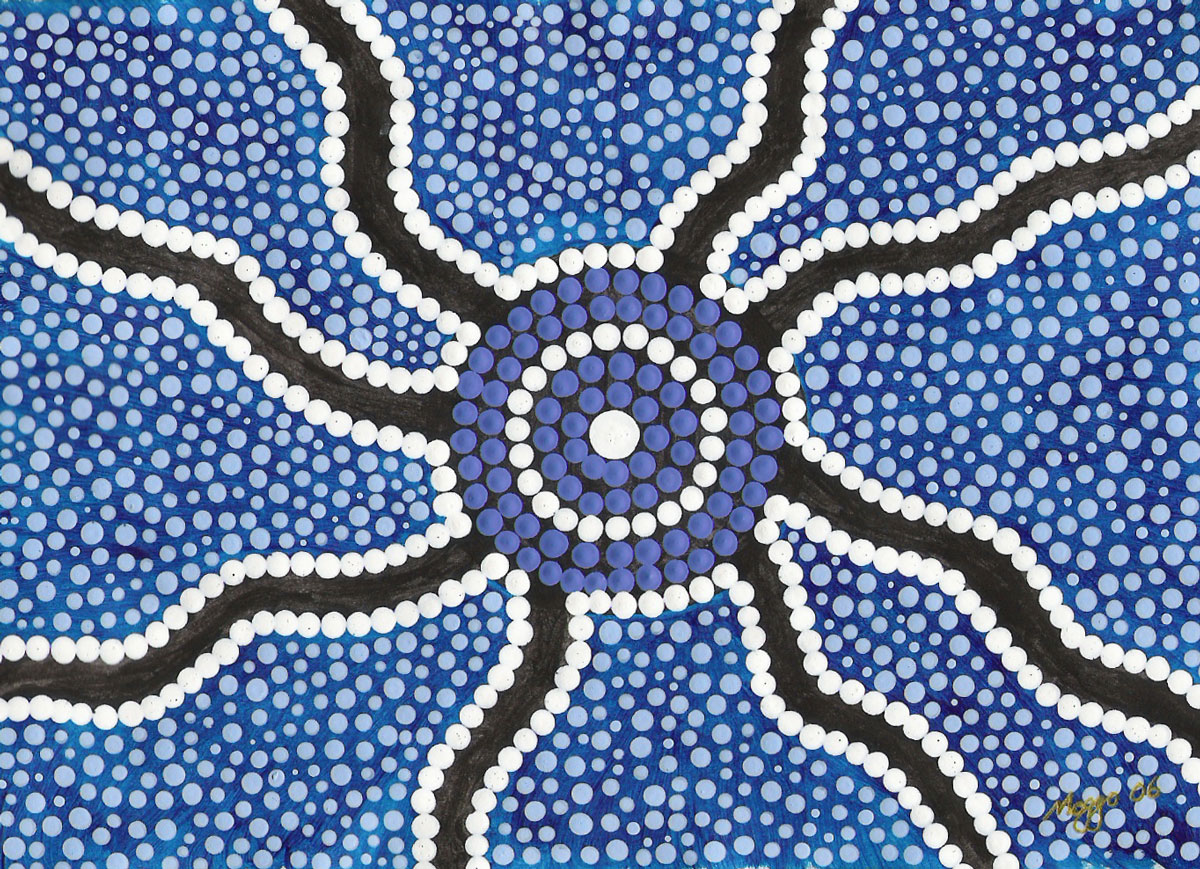 In Australia, indigenous water knowledge of surviving on the world’s driest continent reaches back more than 60,000 years. Stories of water in the landscape have been passed down for generations. Yet these stories are not considered evidence in the western science paradigm, which struggles to understand this knowledge. The latest IPCC report Climate Change 2021: The Physical Science Basis, does not include indigenous knowledge. Kamilaroi man Associate Professor Bradley Moggridge, highlighted this at COP26, saying, “We can tell our stories and our science our way. Water knowledge is evidence, it is not myth and legend.” Whilst there has been an acceptance of indigenous knowledge in landscape management for fire following the devastating Australian bushfires of 2019/20, the same cannot yet be said for water management, where Aboriginal people are excluded from decision-making processes and water access. Recognising past injustices and allowing space for meaningful collaboration in water management is urgent.

The story of climate change and water is one of how humans link to the natural world. Our Indigenous colleagues have much to teach us about this. As Kamilaroi Nation Traditional Owner Phil Duncan said, “There is no separation of nature and culture. Health of cultural landscapes directly impacts health of our people.”  Adaptation stories show that the emerging international governance of the climate crisis needs to find a way to integrate and value traditional and local knowledge to build a resilient water future. 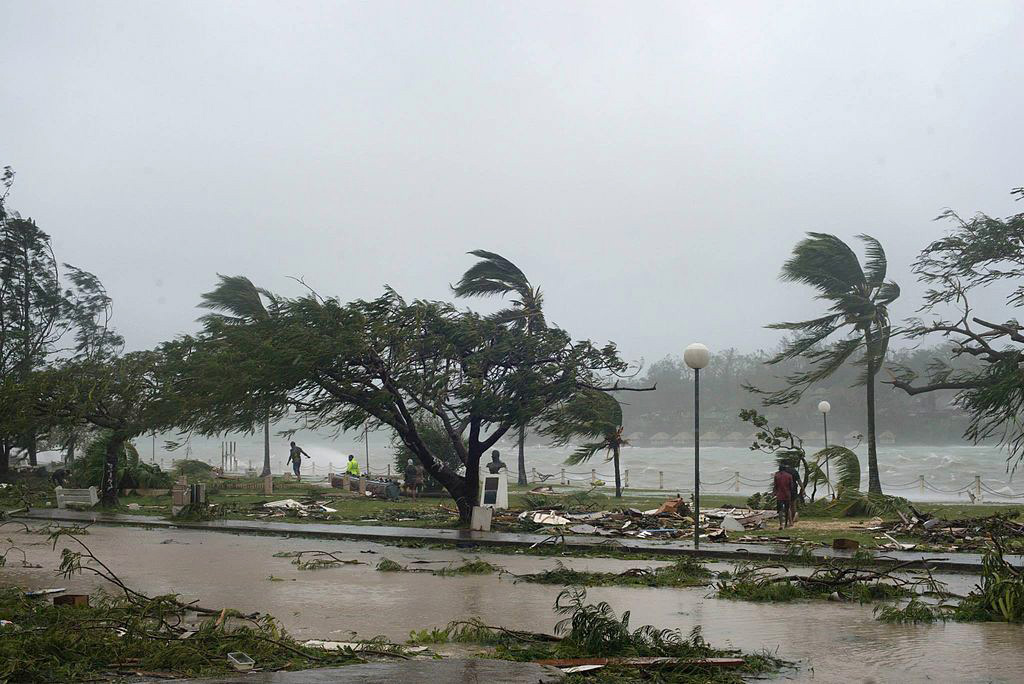 Local experience also needs to inform the substantial finance needed to achieve Sustainable Development Goal 6 in a climate‑affected future. In Vanuatu in 2015, Cyclone Pam caused damage to the equivalent of 64% of GDP, including almost total destruction of water and sanitation infrastructure.  It will take a fourteen-fold increase in the rate of sanitation and water access for the Pacific to reach access for all by 2030, and new infrastructure must be able to withstand climate shocks. Communities must be involved in planning and maintaining climate-resilient water infrastructure to create resilience in the system, but action is needed at a large scale.

Through all the noise surrounding COP26, there was a clear message for water adaptation: Water must be prioritised in climate frameworks and the time to act, in partnership and with respect, is now. The case has been made and it is time now for the resources to follow. As Mr Hebblethwaite said, “Don’t wait, act now to support Pacific communities’ water resilience. Water action is climate action”. 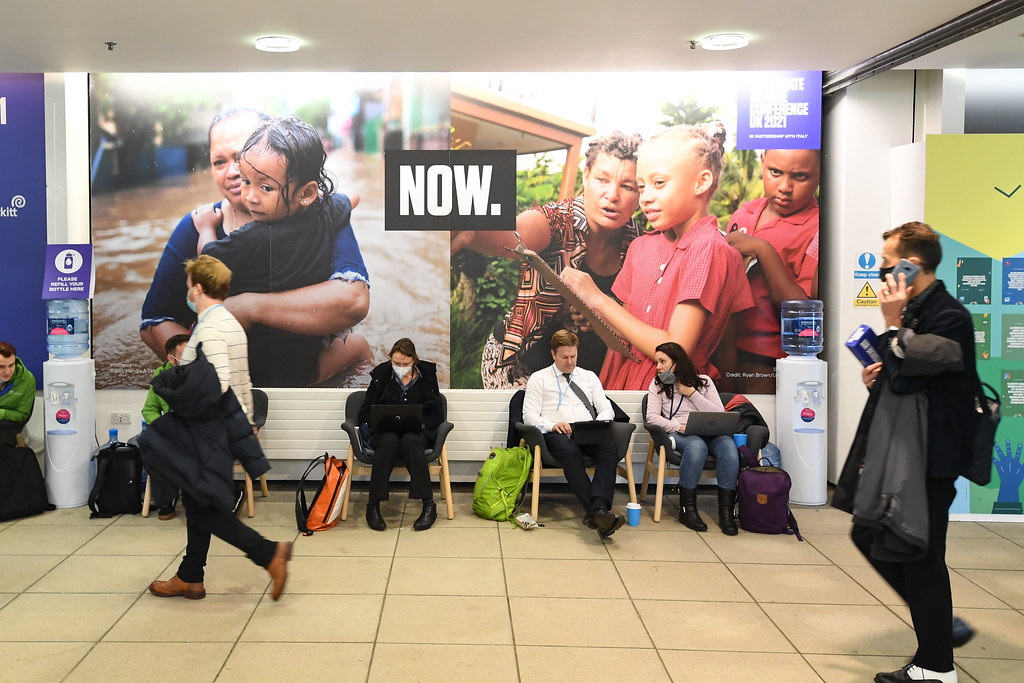 Delegates on the concourse in the SEC for COP 26. Photograph: Doug Peters / UK Government (CC BY-NC-ND 2.0)

Bronwyn Powell is a water and development specialist based at the International WaterCentre, Griffith University. She worked with the team at the Australian Water Partnership to deliver its virtual event on this topic within the COP26 Water & Climate Pavilion on 8 November. 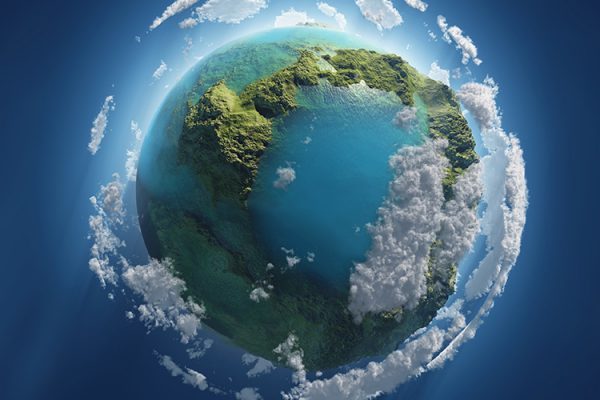 Partnerships for recovery (and collaboration on climate action!)