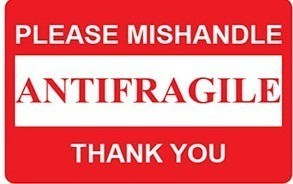 In an interview, Professor Quentin Grafton from the Australian National University discussed with Karen Delfau the role of crises in triggering positive change as they shed light on areas that need improvement. This article delves deeper into this idea and introduces two concepts — ‘antifragility’ that supports the belief that crises can drive learning and cases of ‘maladaptation’ that highlight limitations of decision-making under crisis.

Diverging from business as usual

“I think often that it requires a crisis to change business as usual because if you think it ain’t broke, then why would you fix it,” Grafton says. He suggests that the bright side of any crisis is that ‘good-enough’ solutions that work well under every-day situations are exposed, which means that improvements become easier to identify. Good can be the enemy of the better. A crisis puts existing solutions to the test, opens our eyes to shortcomings, and encourages, or even forces, innovation.

However, this is just part of the picture. The downside of any change is that it comes at a cost — it requires investment, better-skilled employees, and a transition period. A crisis situation makes this type of trade-off easier to accept.

“Typically the change that’s required is going to disadvantage somebody or other along the way, so there has to be some energy, movement and motivation to actually bring it about and a crisis is one of the things.” Professor Quentin Grafton, Australian National University

These observations could easily be derived from Grafton’s own backyard. The millennium drought in Australia was a major driver for national water reform, as well as efforts by individual cities to adopt innovative measures to deal with water scarcity. For example, the city of Melbourne embraced the development of alternative water sources and invited residents to participate in reducing their water use. This case is often viewed as an exemplary crisis response. The risks of investing AUD 6 billion to build a large desalination plant and integrate decentralized systems in the region were considered acceptable in the face of a water crisis.

Antifragility and evolution through a crisis

The idea that crises may have positive effects is not new. It underpins the concept of resilience. For example, periodic, minor crises are built into the way ecological systems function as demonstrated by the case of forest fires. Moderate natural fires allow forests to make space for new growth and redistribute nutrients. They also increase the forest’s resilience by reducing the most flammable lower branches of trees meaning that the forest is less vulnerable to larger, more devastating fires. This metaphor for resilience can easily be applied to other contexts where regular challenging circumstances can lead to reflection and learning as described in “Resilience, why things bounce back” by Zolli and Healy.

But does this apply to major crisis situations as well? Nassim Taleb argues in his book “Antifragility” that many systems require crises to thrive. What distinguishes antifragility from resilience is the focus on endurance and whether the system will change after the shock. “Antifragility” suggests that crises drive major transitions, as opposed to resilience, which suggests a return to previous condition or minor change after the shock. For an antifragile system, exposure to crises becomes a requirement for effective functioning through a constant adaptation to change. Whether this a useful lens with which to view water management is debatable, however, the idea does highlight the role that crises can often play in organizational learning.

Maladaptation and the traps of making decisions under crisis

An alternative view is that the urgency associated with crises focuses attention on quick fixes rather than long-term planning. For example, the celebrated case of Melbourne and the Millennium Drought is not unanimously accepted as best practice. It has also been described as a “maladaptation” or an inadequate adaptive strategy. For example, the AUD 6 billion desalination plant, installed during the crisis, was not used until very recently as the drought broke before the plant was operational.

However, that was not the only feature of the investment that was unnecessary. The adverse effects of the desalination plant in the face of immediate water scarcity were overlooked. The investment to support existing centralized infrastructure is said to have set back institutional change for Melbourne’s water management that may have increased its resilience to climate change impacts. Desalination is also more energy-intensive than other options such as wastewater treatment and reuse. This means that the carbon footprint of this expensive water sourced has a very high carbon footprint, which in the long-term contributes to the climate change impacts that result in more frequent crises.

The window of opportunity

From the perspective of antifragility, crises can ignite transformative change by dismantling a sub-optimal status quo. However, the concept of maladaptation suggests that crisis-driven transformation should not be reactive or focused on fixing the immediate problem. A reactive solution could be worse than the problem it is trying to address. Striking a balance is the key. Ideally to process of reflecting on how potential solutions are performing should be a constant effort, driven by diagnosing current and future threats. This would lead to the medium- and long-term strategies already being in place when crises strike it can work as a window of opportunity to build long-term sustainability in a system.

A system map representation of how systems respond to crises.