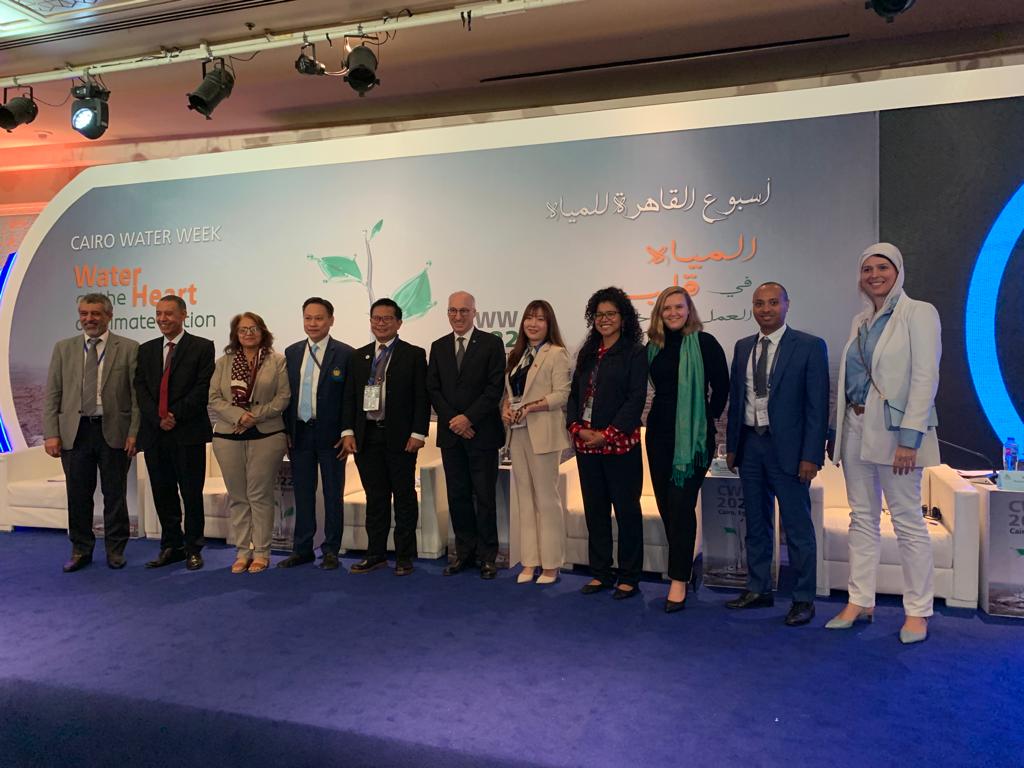 Reflections from COP27 and Cairo Water Week by Lucía Gamarra.

Last month, over 30 thousand people from government, non-government organisations, corporate and civil society gathered in the ‘Bay of the Wise’—aka Sharm El Sheikh—to talk about the climate crisis. The focus of the 27th United Nations Climate Change Conference of the Parties (COP27) was ‘Together for Implementation’ with a view to renewing and extending the agreements reached in the historic Paris Agreement. Although only official party negotiators were allowed to comment, suggest, critique and push back on the text of the Paris Agreement, actors beyond the negotiating teams have—for a while now—taken matters into their hands.

Before getting into the Climate Convention, let’s rewind to mid-October when the COP27 host, the Egyptian Government’s Ministry of Water Resources and Irrigation, hosted Cairo Water Week. The fourth edition of Cairo Water Week acted as a segue to putting water at the heart of climate action and had a strong focus on how the impacts of climate change affect water security. The host, with support from the World Meteorological Organization, did a soft launch of the Action on Water Adaptation and Resilience (AWARe) initiative. The initiative identified complementary workstreams and implementation approaches to tackle the climate challenge through water management, and placed emphasis on early warning systems.

AWP proudly collaborated with International Partner FAO and participated in three sessions organised by FAO’s regional office for the Near East and North Africa. I had the opportunity to share the innovative approaches Water Sensitive Cities Australia has to valuing localised nature-based solutions in South East Asia, on the role of water resource management in disaster risk reduction, exemplified by the work Alluvium is implementing with SPC in the Pacific, and finally, on the key features and lessons learned of water scarcity management in Australia. The last session was a chance to compare and contrast approaches to water scarcity in different regions. AWP and FAO supported partners from Vietnam, Thailand and Indonesia to share experiences with the Near East and North Africa region.

Back to COP27. The rules to exchange carbon credits from mitigation actions, how we will measure progress towards the adaptation goal, or how to process claims and who will fund countries and communities that suffer loss and damage are still unclear. Without a clear economic incentive (the carbon markets) to cut emissions (or offset them) and a straightforward way to quantify and report on adaptation actions, it is unlikely that the 100-billion-dollar commitment towards climate finance (that was to be mobilised by 2020) will be realised. Unfortunately, as a consequence, the most vulnerable communities will continue to experience loss and damage, precisely because they are vulnerable and unprepared for climate change impacts. The cost of inaction is a humanitarian crisis.

The continuous rise in global temperature is a symptom of a deeper and entrenched machinery. Land use changes, mining, burning fossil fuels, and our general lifestyle choices are all contributing to exceeding the planetary boundaries that keep life on Earth safe. Even the use of this computer right now is causing emissions, the emails that I have sent cause emissions and use water (see Why your internet habits are not as clean as you think). This means that cutting emissions needs to be more aggressive across everything we do, and civil society must be vigilant of big polluters as well as of our own practices.

It is important to recognise that even if we do manage to limit global warming to 1.5 degrees above pre-industrial levels, the effects of greenhouse gases already in the atmosphere will continue to present risks. This is why mitigation actions must be paired (or at least considered) with adaptation approaches, and these actions need to be locally-led to be fit-for-purpose.

Increasing visibility of the role of water in climate change

A recent AWP publication, Climate change and water security in the Indo-Pacific region, links climate change to water security and details how critical it is to approach climate risks with a socio-ecological lens. For example, for mountain ecosystems each increment of temperature has great consequences because they are extraordinarily sensitive to warming. Warming leads to glacier retreat, which on one hand leads to stronger flood events during wet seasons and on the other reduces water availability during the dry season. Under both scenarios, the glacier’s retreat and lower storage capacity will have consequences on agriculture and human vulnerability. We face a different scenario in the Pacific Islands where the temperature increase translates into sea-level rise, groundwater contamination and increased frequency of extreme events, all of which make daily life uncertain.

One clear positive from having the Egyptian Government’s Ministry of Water Resources and Irrigation as co-host of UNFCCC was the sharp and persistent focus on water resources. The changes in the cycle of water (what the OECD is introducing as a global common good) are being felt worldwide, and this COP, for the first time, its role was recognised in the negotiations.

The AWP team supported this mission and ‘watered’ various spaces in the pavilions area in the Blue Zone. With support from Karlene Maywald, Phil Duncan, Katharine Cross and I convened, co-convened, and took part in various sessions, namely the Resilience Hub, the Climate Action Hub, the Water Pavilion, the Australian Pavilion, the Cryosphere Pavilion, the Korean Pavilion, and a side session focusing on the United Nations 2023 Water Conference. Furthermore, in partnership with Water for Women, AWP was a core partner at the Water Pavilion and co-curated the Water, Energy and Climate Nexus Day at the Pavilion on 14 November. 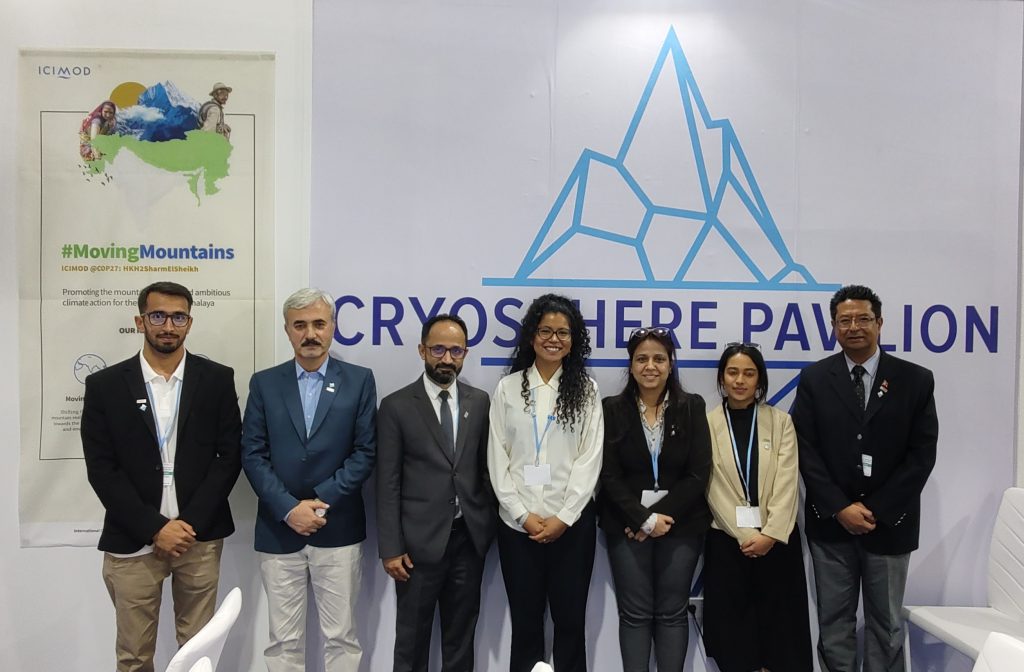 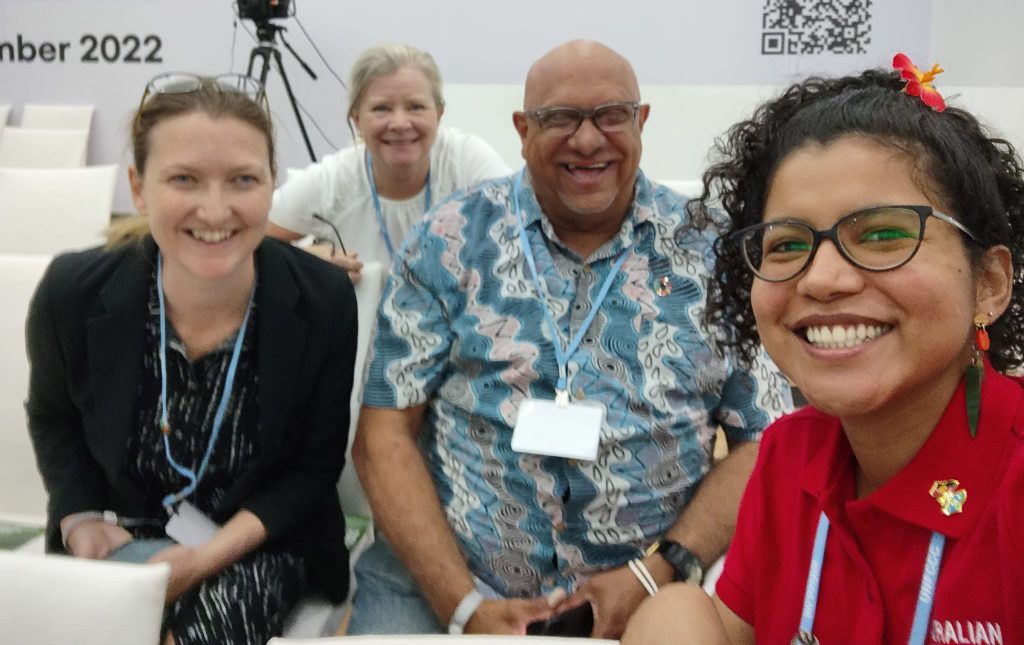 Our message throughout COP27 was consistent: water management for climate action needs to be implemented with engagement and collaboration with Indigenous Peoples—which is not to say they will carry the burden of solving the climate crisis on their own. Traditional knowledge is an important part of Australia’s water story and AWP actively respects and recognises the importance of Indigenous Peoples’ needs to move beyond symbolic acknowledgement to practical action. While at AWP, we recognise local communities and Indigenous People’s strength, savviness, and know-how, which for Indigenous Australians spans thousands of years, we also acknowledge that action requires resources, decision making power and support. 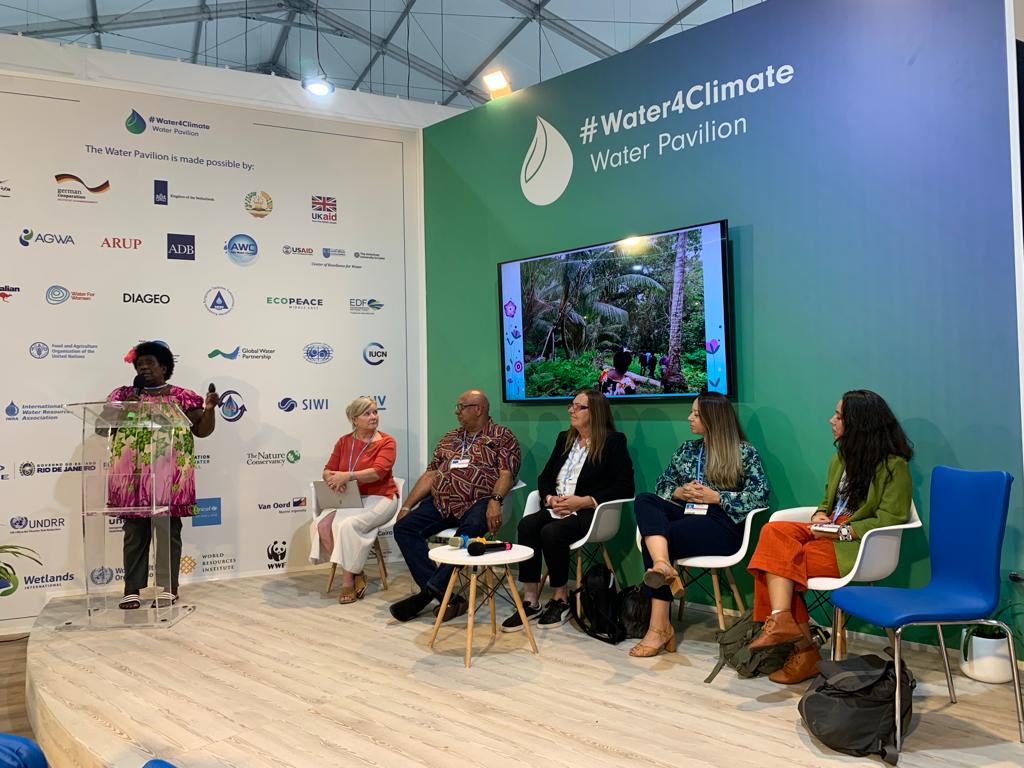 Overall, despite negotiations moving painfully slowly, I considered the outcome of COP27 to be very positive: In absence of a framework to exchange carbon credits, account for adaptation actions and access loss and damage funds, people are doing what they can to protect what they love, and doing what they love to protect people and places they love. Everyone is doing their part, with passion and perseverance. We must keep watering the world and working together. 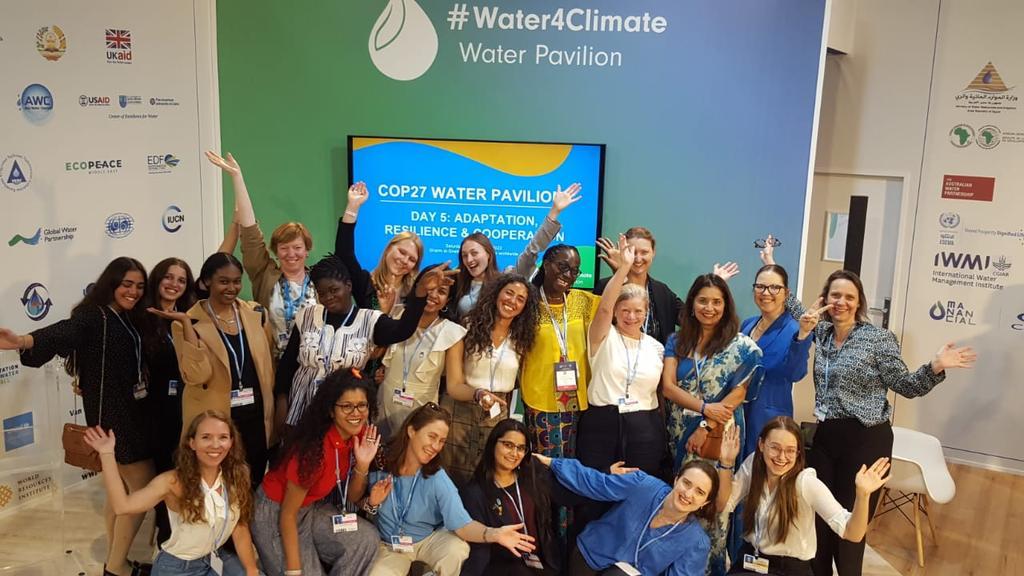 Community of Women in Water Networking event at the Water Pavilion. 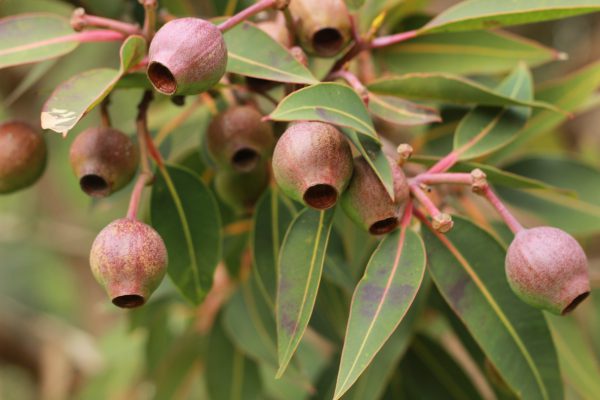