What California can learn from Australia’s 15-year millennium drought

A new report ‘Managing Drought: Learning From Australia’ – authored by Andrea Turner, Stuart White and Joanne Chong, et al., from the Institute for Sustainable Futures, University of Technology Sydney (AWP Australian Partner) – shows that strategies developed and mistakes made during Australia’s 15-year millennium drought provide a powerful resource for California, as the state enters its fifth year of severe drought. This article was originally published on The Conversation:

California has experienced, over the past few years, its most severe drought on record. In response to worsening conditions, Governor Jerry Brown announced the first ever statewide mandatory reduction in urban water use in April 2015. This calls on Californians to reduce their use of potable (safe for drinking and food preparation) urban water by 25% from pre-drought levels. Californians are meeting the mandate.

California is entering its fifth consecutive year of drought, with many areas experiencing “exceptional” drought levels. While rain and snowfall have improved recently, water storages remain low and the long-term drought signal has not changed. The California drought is continuing into its fifth year. US Drought Monitor

US agencies have turned to Australia to learn how urban water utilities and water agencies might best respond to drought. In particular, there is keen interest in the experience of Australian cities during the worst drought on record: the “millennium” drought that lasted 15 years from 1997 until it officially ended in 2012.

In a report prepared for Californian water agencies, we have reflected on some of the key lessons from the millennium drought experience to assess opportunities for California.

The millennium drought affected mostly South-eastern Australia, producing major declines in winter rainfall. Many areas had their driest period on record. Melbourne, for instance, saw water storages fall from 97% to 33% over the drought. River flows fell by nearly half. Overall, Australia’s cities and towns survived the millennium drought, demonstrating world-leading innovation and exceptional examples of urban water planning and management driven by crisis. Yet there are also several initiatives and decisions that did not work so well.

In Australia, urban water efficiency was the quiet achiever. These measures included changing washing machines, toilets, cooling towers, shower heads, taps and industrial processes to do more with less. In many locations in Australia, water efficiency provided the cheapest, quickest and most effective contribution to managing demand during the drought. Without it, many cities and towns would have run out of water.

California could benefit from long-term structural changes in water use by implementing similar efficiency measures.

Australia survived the drought by demonstrating world-leading innovation and water planning and management. An important factor in the success was government and utility programs that rallied community support for lowering household water demand.

Southeast Queensland, for example, set a target to reduce each person’s water use to 140 litres (37 US gallons) per day. Queensland residents did even better. However, more can be done in California, as shown by our research. Australia made much larger, comprehensive investments in water conservation and efficiency involving households, businesses and local governments. These investments helped cities cope with the millennium drought and also reduce vulnerability to future droughts.

Another strategy for California is to ensure any infrastructure options – dams, desalination plants or recycling capacity – are flexible.

This means applying a strategy of “readiness to construct”, which involves identifying the best options and putting in place the arrangements to start at short notice, but stopping short of contractually committing to construct until needed. This has the potential to save a lot of money and prevent “stranded assets”.

The New South Wales government adopted this strategy for its proposed Sydney desalination plant on Botany Bay. However, that was overturned and the contract signed when dam levels were above 50% and rising. The result was a A$1.9 billion (US$1.4 billion) stranded asset and a plant that is still in mothballs.

During Australia’s millennium drought, there were many innovations but also missed opportunities. Examples include recycling waste water from commercial buildings, factories and sports fields, and recovering water from the sewage system for recycling.

Such systems can provide immediate savings, with smaller increments of investment, and also a lasting benefit after the drought ends. They can also provide experience and support to an emerging industry.

Other key findings in the report include:

In Australia, we emerged from the drought with surplus water supply capacity thanks to spending on infrastructure. Although attention to innovative and cost-effective water solutions and water efficiency quickly subsided after the drought, the technical and practical knowledge from the Australian water industry’s response to drought provides many key lessons for California’s response.

This research was conducted in collaboration with the US Alliance for Water Efficiency and the Pacific Institute and several Australian urban water utilities and agencies.  Read the original article on The Conversation. 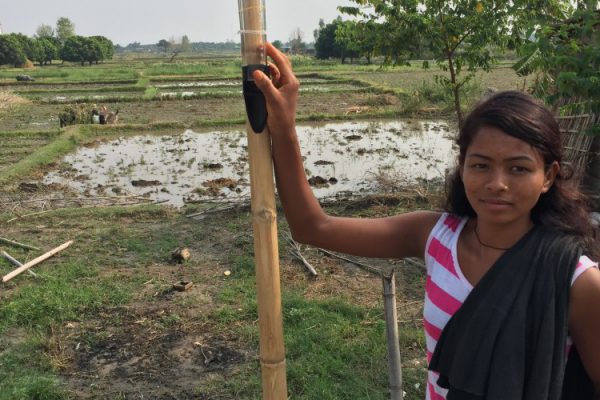